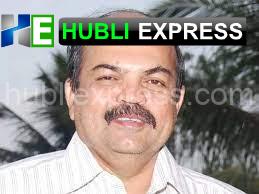 Haveri: Close aid of former chief minister B. S. Yeddyurappa, former MLA UB Banakar quit the BJP. In a letter to his supporters and well-wishers, Bankar said that he decided to quit the party. He said that in life sometimes one needs to make important decisions, and quitting the BJP is one such big decision.

He not only left the party, but he also resigned from his positions as chairman of the Karnataka State Warehousing Corporation and director of Veerashaiva Development Corporation.

He stated that the people have always respected his decisions over the last 38 years, and they will do so again this time. In the letter, he did not state his next political move.

Banakar won twice from Hirekerur, once from BJP and once on KJP ticket and he quit the constituency, allowing BC Patil to contest the election.