HomeNationalWhat did Dattatreya Hosabale say about the Anti-Conversion Law?

What did Dattatreya Hosabale say about the Anti-Conversion Law? 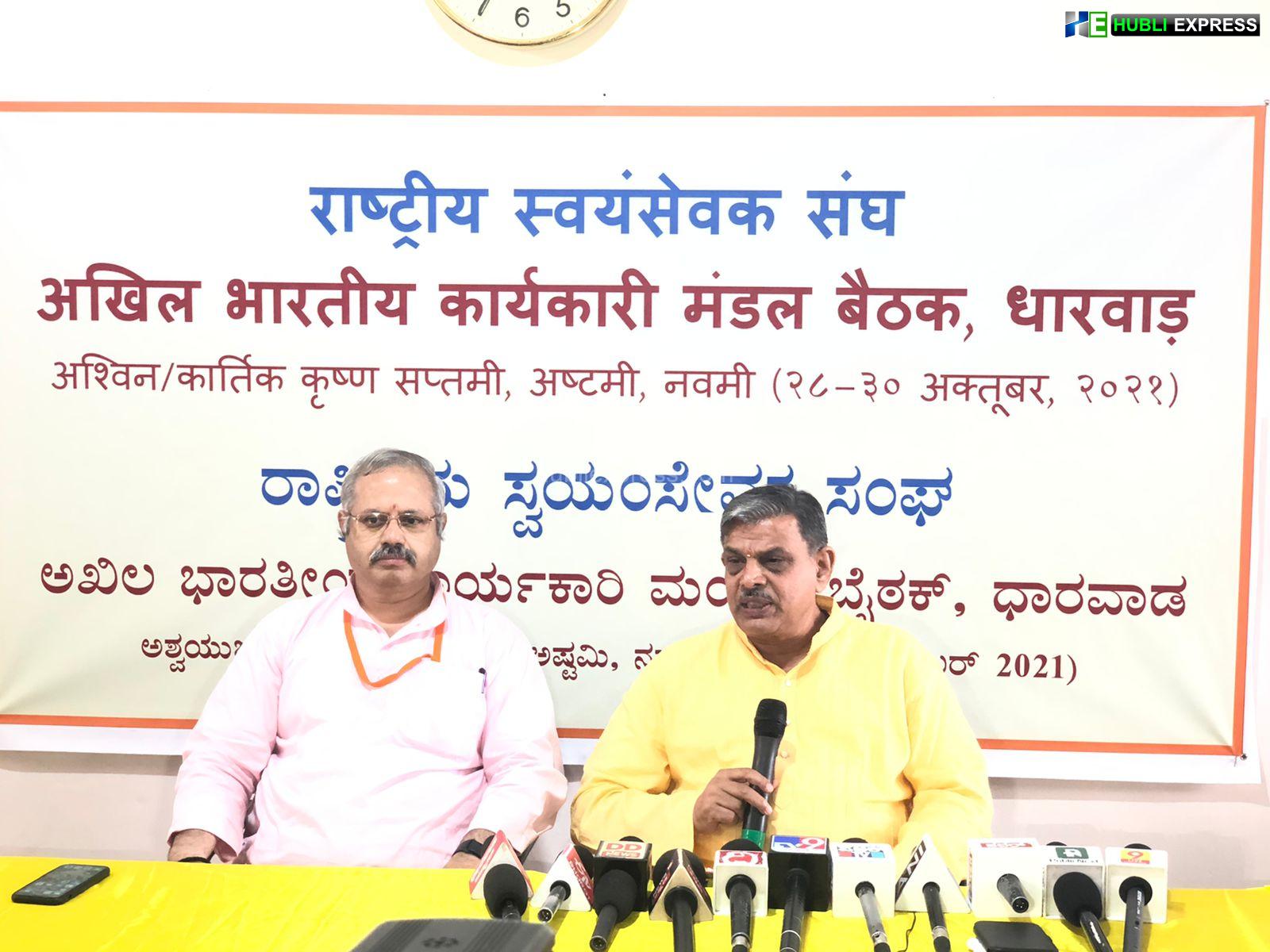 Dharwad: On the last day of the Akhil Bharatiya Karyakari Mandal meeting at Dharwad, Sarakaryawah of RSS Dattatreya Hosabale questioned why there was opposition to the Anti-Conversion Bill.

Speaking to reporters on Friday, Hosabale, on the matter of Anti-Conversion law, said that it is not right to increase the number by means of fraud or allurement. This cannot be accepted.

“Why is there opposition to the Anti-Conversion Bill?  In Himachal, the Congress government passed the Anti-Conversion Bill. In Arunachal, the Congress government passed the law on the basis of its experience on the issue. So the conversion should stop, and those who have converted should declare that they are converted and stop taking advantage on both sides,” Sarkaryavah said and added, “if a law is made to stop the conversion, we will welcome it.”

In response to the question on population policy, he said that every country should have a population policy, and it should be equally applicable to all sections of society. Population policy should be made keeping in mind the availability of natural resources. On the basis of the resolution passed by the Sangh earlier on this matter, Sarsanghchalak Dr Mohan Bhagwat has just reminded us of it again, said Hosabale.

Environmental protection is a daily activity. Will banning firecrackers on Deepawali solve the problem? He asked. Firecrackers are used in many countries of the world. So it remains to be seen which types of firecrackers will be prohibited. The subject should be looked at in totality. These decisions cannot be taken in a hurry. There should be a holistic and timely discussion. You would also have to think about the people and employees engaged in this industry, he said.

He said that education and employment have been affected due to Corona. Swayamsevaks have started work for the self-reliance of the people. “Swayamsevaks are helping in the fields of employment generation, skill training, marketing of goods produced by the local people, providing bank loans etc. In the coming time, we will try to pay special attention to this,” he said.

On the expansion of RSS..

The year 2025 is going to be the centennial year of the Sangh. “Generally we prepare a plan to expand the organisation every three years. From this point of view, it has been decided to take our work to the Mandal level. At present, out of 6,483 blocks in the country, there is Sangh work in 5,683 blocks. There is work in 32,687 Mandals. Out of 910 districts, Sangh has its work in 900 districts, 560 districts have five shakas at their district headquarters, and 84 districts have shakas in all Mandals. We have thought that in the coming three years, Sangh work (the year 2024) should reach all the Mandals,” he said.

“There is also a plan to engage full-time workers from 2022 to 2025 for at least 2 years. The total number of such workers can be expected in March. Even though the regular Shaka was disrupted due to Corona, on the basis of regular Sampark, Guru Puja could be organised at 105938 places in the country,” informed Hosabale.

He said that the daily Shakha is held at 34 thousand places, weekly shaka at 12,780 places, monthly Milan at 7,900 places, which means at 55 thousand places the direct work of the Sangh is there. At present, 54,382 daily Shakas have been running across the country.