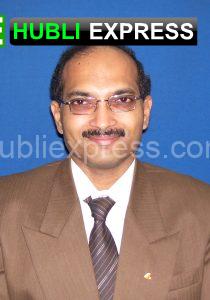 Isn’t it right that a child’s behaviour and the associated actions largely affect how constructively the child develops into adulthood? Despite all parents intending to produce the “best” results for their children’s behaviour, we observe that not all parents are fulfilled with respect to their intentions. The outcome in terms of their child’s behaviour could be different for different parents. We would be curious to know what factors cause such differences in child behaviour, especially the ones that parents have a say in.? In this article, we shall explore this question, with a focus on how a parent contributes to that outcome.

In the previous article in the Parenting Series (https://hubliexpress.com/excellence-in-parenting-is-possible/), we noted that while excellence in parenting is possible, it is a choice. We saw that “Default Parenting” (the kind of parenting which we adopt out of our experiences-including our own interpretations of those experiences and without special efforts to learn what can produce the best results for the child in any prevailing conditions) and “Optimal Parenting” (which involves conscious effort to learn and implement that learning, to produce the best possible results) are two of the various possible options we, as parents, have. There may be others in the spectrum, falling between the two.

How does one kind of parenting differ from the others?

In the neglectful or uninvolved style of parenting, the parent is neither supportive/responsive nor controlling. The likely outcome of this style of parenting is a child with indifferent, undisciplined, and rejecting behaviour.

In the authoritarian style, the parent expects maturity from the child and the parent imposes his decisions on the child. The child’s concerns are not a consideration for the parents. This style is likely to result in a child who is unsociable, unfriendly and withdrawn.

In the permissive style, the parent is totally supportive of the child’s needs but does not make any demands or exert any control. The outcome could be an immature, moody, dependent child with low self-control.

In the authoritative style of parenting, the child is supported/responded to fully for all constructive activities, and firmly denied permission for non-constructive activities. The child’s concerns are given due importance. Depending upon the age and level of understanding of the child, all decisions of the parent for the child are based on conversations with the child and taking the child into confidence about the reasons for the approval or disapproval. Therefore, sometimes this style is also called the democratic style of parenting. The result is likely to be a child with good social skills and who is self-reliant and independent.

Apart from these typical styles, a parenting style could fall in between the range encased by the above styles, based on the extent to which a parent is supportive/responsive and controlling. Further, there are other styles of parenting described, too. Some of them are Attachment parenting, Child-centered parenting, Positive parenting, Narcissistic parenting, Nurturant parenting, Overparenting, Affectionless control, Slow parenting, Toxic parenting, Dolphin parenting, Alloparenting, etc. A discussion of them is beyond the scope of this article.

Thus, it is important to note that, in most cases, the parenting style is a large contributor to what kind of behaviour the child acquires, though there might be child-specific factors that could affect the outcome of parenting.

Further, it is interesting to observe that, by default, which parenting style one adopts is likely to be influenced by the way the parent behaves with the others around them! Thus, the effectiveness of a parent in dealing with life issues, and the people around them, may have an association with the outcome of the child’s behaviour. The encouraging part is, in most people, such effectiveness can be acquired through the willingness to learn, exploring updated information on such skills, continuously practising the skills in their day-to-day behaviour and actions, and, most importantly, catching oneself when deviating from the intended behaviour/practice. Such an approach could give access to “optimal parenting” and, thus, excellence in parenting, too!

In general, the authoritative style of parenting is likely to produce the most constructive results for the child.

Parents have a choice of adopting the most effective style of parenting and, thus, optimal results in child behaviour.

The author is a Paediatrician and Managing Director of Sushruta Multispeciality Hospital and Research Centre Pvt. Ltd. Vidyanagar, Hubballi – 580021 you can reach him : email: [email protected]

Readers can send their response to [email protected]

Excellence in Parenting is Possible!