Because of the opening of the store, around 75% of locals get employment; the conglomerate’s top officials have assured that they will hire more local people for work. He said when he was in Davos to attend a WEF event, the CEO of the company had discussed this. The company has decided to invest Rs 300 crore, he said.

Because of the entry of IKEA, local artisans and sculptors will get the opportunity to earn. Around 27% of them will be hired by the company. He also urged the company to open more stores in Bengaluru, including in the southern part of the city. IKEA wanted to open its first store in Bengaluru, and now the company’s wish has been fulfilled, said Bommai.

IKEA is known for selling good quality and affordable furniture. Medium-class people would be benefitted from the stores, said the CM. 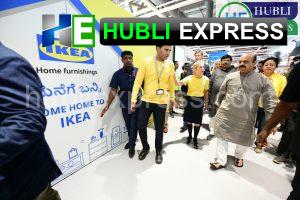 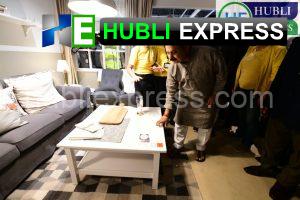 Minister Murugesh Nirani took to Koo to inform the public about the inauguration of the store.

IKEA has opened its doors in Bengaluru. Apart from the creation of jobs for our people, IKEA will allow our consumers to experience a unique manner of retail shopping. The maiden Bengaluru outlet was inaugurated today by our Honourable CM Shri. Basavaraj Bommai Ji. @BJP4Karnataka @bsbommai