Was Satteppa, a BSF jawan from Hukkeri, who allegedly killed four of his colleagues suffering from mental illness? 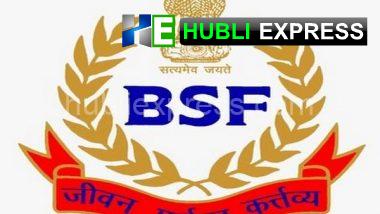 Five Border Security Force (BSF) personnel were killed after one of them allegedly opened fire on the other four on Sunday morning in Punjab’s Amritsar, sources said.

The shooter, identified as Constable Satteppa Siddappa Kilaragi, 33, was among those killed in the tragedy. Another BSF soldier was wounded and is in critical condition. The event occurred in the force’s mess in the Khasa area, roughly 15 kilometres from the Attari-Wagah border crossing on the India-Pakistan international front.

On Sunday, between 9.30 and 9.45 am, the incident happened. The incident occurred. According to an officer, constable Sateppa allegedly opened fire on five of his colleagues. The victims were employees at the constable and head constable levels.

It is said that Satteppa, a resident of Hale Vantamuri village, was upset about not getting leave from work. It is also said that Satteppa was overburdened with work and was suffering from mental health issues.

\Sources said that he had availed treatment for his mental health condition  An investigation has been launched. Senior border force officers went to the scene. Head constables DS Toraskar of Maharashtra, Baljinder Kumar of Haryana’s Panipat, Rattan Singh of Jammu and Kashmir, and Ram Binod of Bihar.