‘VU2HEG’ Signs Off From Life, Leaves Behind Rich Legacy In HAM Radio In Coastal Karnataka 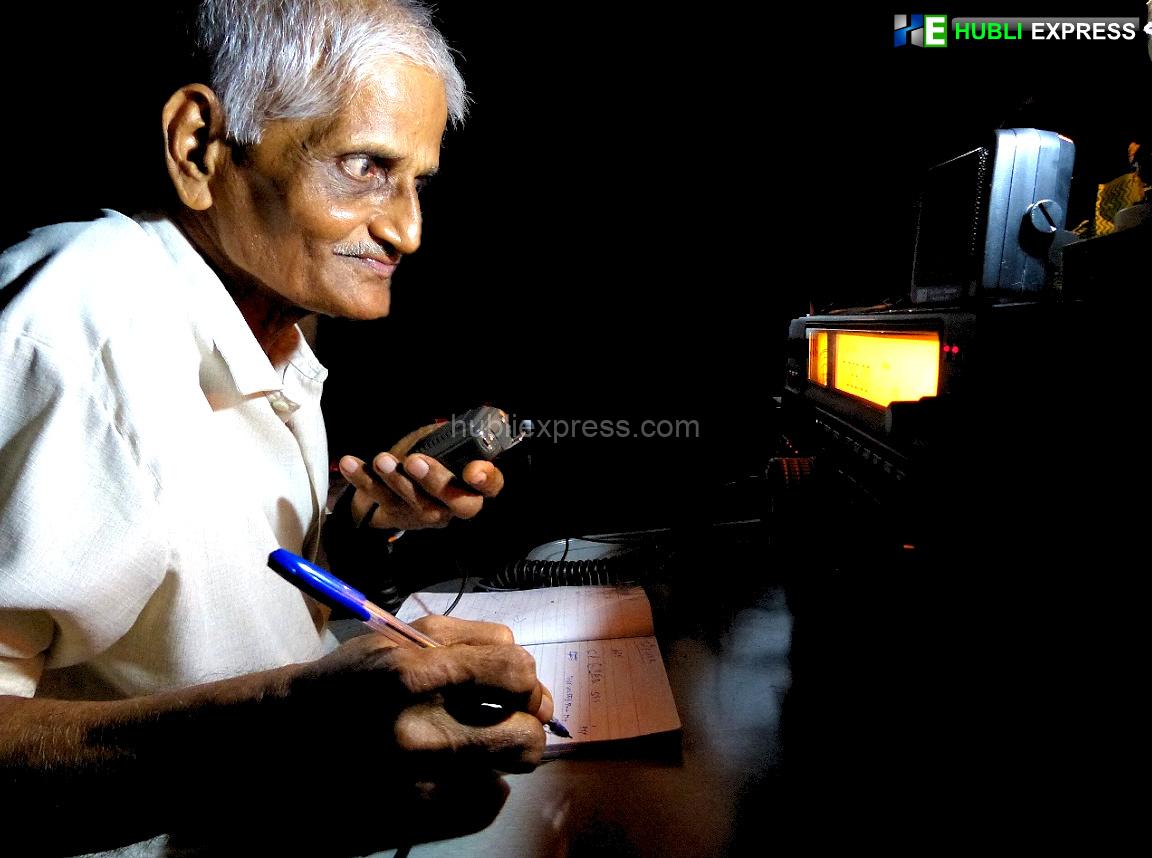 Octogenarian Brahmavara Mahabala Hegde, a pioneer of amateur radio in Coastal Karnataka passed away due to old age on July 2 at his Surathkal residence. A retired senior manager at Vijaya Bank, he is survived by his wife Malini and sons – Abhay Kumar and Anoop Kumar. Before joining Vijaya Bank, he had served for about eight years at NITK-Surathkal (KREC) and had a brief stint in the Indian Air Force. His mortal remains were cremated at Surathkal crematorium.

Born in Moodu Thonse village near Kallianpur in 1938, he had his early education at the Jathabettu Aided Primary School at Uppoor, St Xavier’s Higher Elementary School at Kolalgiri and Milagres High School in Kallianpur. He received his BA degree from St Aloysius College in Mangaluru in 1957.

He had taken up varied career placements including a radar operation trainee at the Indian Air Force, a junior statistical assistant in Puttur, as a storekeeper and assistant librarian at Karnataka Regional Engineering College before joining Vijaya Bank in 1972. He retired from banking service in 1998 as a senior manager and faculty member at the staff training centre of Vijaya Bank at Mulky.

Popularly known as Hegde-mam to all, he had a lifelong interest in amateur radio, which is better known as ‘ham’ radio. He took on amateur radio by short wave listening, getting interested in the hobby and contacting other hams that he had heard on his receiver. He has been a licensed ham operator since 1978 along with his son Abhay Kumar and was one of the most active operators on the VHF band till the end.

Due to his enthusiastic pursuit of this hobby, he had enjoyed an enormous fan following and his ham radio call sign ‘VU2HEG’ was recognized by ham operators all over India and the world. He was an active ham for over four decades and was a mentor and a guru to a huge group of fellow ham enthusiasts.

“In the demise of our co-founder B. Mahabala Hegde, we have lost an inspiring elder figure of ham radio movement in India. His prodigious knowledge, humble nature and able nurturing of young radio enthusiasts will be missed by all,” said Vishnumurthy K (call sign VU2VTI), president of the Mangalore Amateur Radio Club in a condolence message.

His house was a museum for a plethora of unique homemade gadgets and novel arrangements invented and constructed by him displaying his creative genius, in the true spirit of an amateur radio operator. Very well known for his friendly and loving nature, he had a great sense of humour and ready wit.

To read articles by him visit https://jaideepjshenoy.blogspot.com/