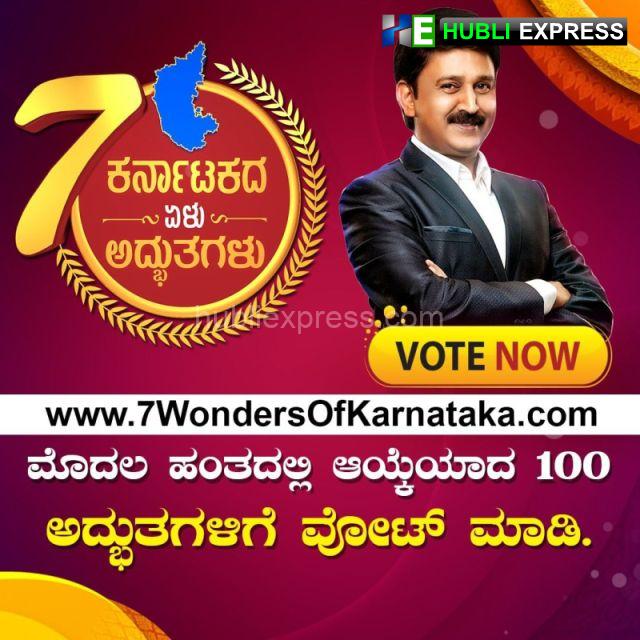 The Navgraha Kshetra is a Jain pilgrim centre, spread over an area of 40 acres at Varur village in the district, which has already been included in the list of Hundred Wonders of the State.

This place has already been nominated among the hundred wonders on https://www.7wondersofkarnataka.com and you can make it one of the seven wonders of the state by exercising your share of 10 votes each.

The places currently on the 100 Wonders list with the most votes will make it to the final 49 in the next step. After remaining in the final list of 21, the seven wonders of Karnataka can be listed as selected by the tourism department’s expert committee. Thus, everyone in the Dharwad district can give their share of ten votes to their favourite place. Also, friends and family members can be encouraged to take part in the campaign.

What is this campaign?

The Seven Wonders of the World were discovered long ago. In the same model, ‘Kannada Prabha’ and Asianet Suvarna News, in collaboration with the Department of Tourism, have launched this unique campaign to identify the seven wonders of Karnataka.

Karnataka is known as “One State, Many Worlds”. The state has a beautiful coastline, inaccessible canyons, scenic waterfalls, seashores, and historical places. This campaign, “Let’s find the seven wonders of Karnataka”, is a platform designed to identify seven of these wonders by the people.

What is the status of the campaign?

The six-stage campaign was launched in May, and it has reached stage two now. In the first phase, the people nominated the wonderful places they have seen in their village, town, district, or any place in the state. They nominated by uploading photos of the places and giving a description of them on the website.

Now, in the second phase, 100 places are selected among the wonders nominated by the public, and voting is going on as to which are the most amazing places.

-You can vote for the hundred wonders that have been chosen.

-For each miracle, ten votes are permitted.

-Please inform your friends and family about this massive campaign.

You can make the place of your district one of the seven wonders of the state.