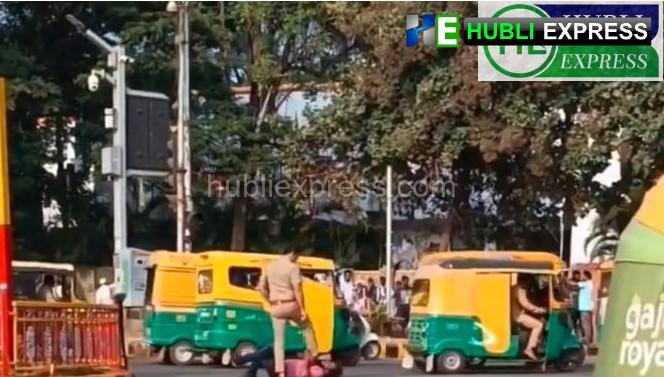 Belagavi: Recently, a video clip went viral on social media platforms, claiming that a police officer was hitting and kicking a person at Rani Chennamma Circle in Belagavi. Many who saw the video have condemned the incident and criticised the brutality of the policeman.

Facts about the video of a police officer kicking a person at Chennamma Circle Belagavi city.https://t.co/fI2kDoNqZp pic.twitter.com/nrDx2iGd29

The Karnataka State Police Fact Check team clarified the issue; they wrote, “This video of a police officer assaulting a person is from the movie “HOYSALA,”  shooting at Ranichennamma Circle in Belagavi City.” The movie clip has been misinterpreted, and the police department is being portrayed negatively on social media. The video is not realistic. We request that the public not share the video.

The Belagavi city police have already clarified this, which is shared below.