Hubballi: Several policemen were injured and two police jeeps were damaged after agitating mob turned violent in a late-night incident in Old Hubballi.

According to the sources, a large number of group started agitation at around 11.30 pm (On Saturday) in front of Old Hubballi police station demanding the arrest of a person who allegedly put WhatsApp status which shows something bad against their faith or community.

It is said that the mob turned violent while protesting, and even they pelted stones on the vehicles.

Police Commissioner Labhu Ram imposed section 144 under CrPC for four days and it would remain in force till April 20 morning. 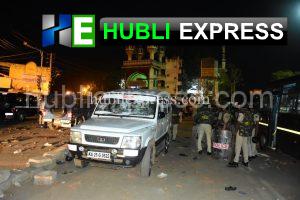 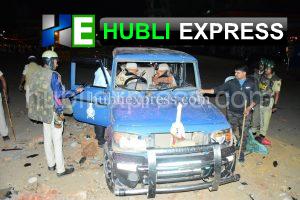