Hubballi: “The Vijayanand movie reminded me of director Mani Ratnam’s blockbuster Guru; this movie perfectly depicted Dr. Vijay Sankeshwar’s life—how he conquered the hurdles he faced in life and how he made those hurdles stepping stones for his success,” said actor Bhavya.

Bhavya was speaking to reporters after the premiere of the movie on Thursday evening. She hailed the music, background score, and lyrics of the movie. She said Ravichandran’s part came out very well. She praised director Rishika Sharma and praised protagonist Nihal’s performance.

Senior actor Sunil Puranik said that the movie came out very well and was successfully able to depict reality. Commonly, biopics are made like documentaries, but Vijayanand was not like that. The movie really came out very well, be it production, acting, cinematography, content, direction, acting, editing, music, and all other angles.

“When we were in Dharwad, Rani Chennnamma and Sangolli Rayanna were inspirations for our generation, and I am sure that after watching the movie, the youths will keep Dr Sankeshwar as their inspiration,” Puranik said.

Vijayanand is the Kannada film industry’s first biopic.The movie was released on 1,000 screens worldwide on Friday. The movie was the maiden production of VRL Film Production. 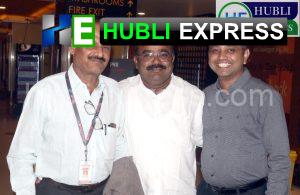