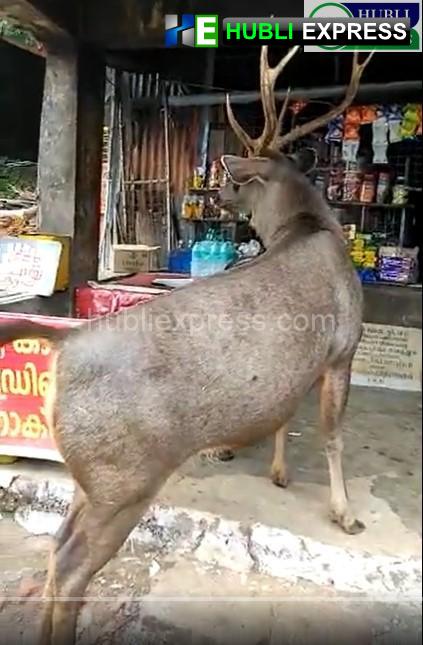 On social media, a video of a sambar deer attending a local restaurant and eating some snacks provided by an elderly man is trending. Kerala is where the video is claimed to have been recorded. People on the internet were really upset over the viral video because they thought that animals were getting used to human food and habitat.

A large deer was seen walking into the hotel. A senior citizen standing next to the hotel was spotted raising his hand and calling for the Sambar to come to him as bystanders watched it in action. The sambar approaches the man and gulps down what may be a vada since the animal looks to recognise the man’s gesture. The second man can be seen attempting to find a pose next to the sambar for a picture. The animal does not accept the cup of tea that another guy offers it.

The man who recorded the video can be heard saying in Malayalam at the end of the film, “This is a sambar deer that eats from a hotel in Puliyilappara near to Athirapilly.”

If Sambar goes to local hotel what will they offer??
On a serious note wild animals getting used to human habitations is not a good sign… pic.twitter.com/zMJOuWYWIZ