VIDEO: Corruption in BDA; No question of shielding anyone: CM Bommai 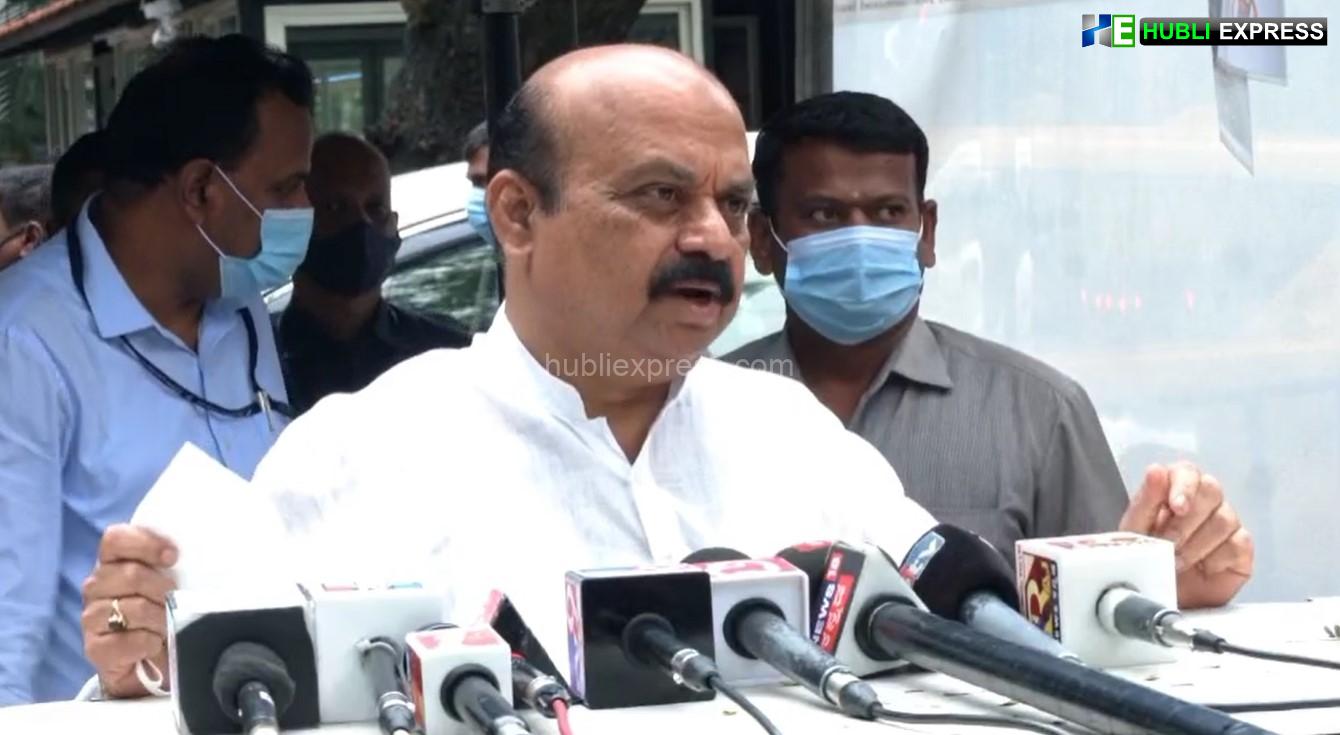 Bengaluru: “Our government will not tolerate corruption in any form. There is no question of shielding anyone found guilty,” Chief Minister Basavaraj Bommai said here on Sunday.

Replying to questions from media persons about the recent ACB raid at the BDA office and reports of corruption in the civic body, the Chief Minister said, “the ACB had conducted a raid recently at the BDA office. We will act on the report to be submitted by the ACB. The truth will come out. There is no question of shielding anyone found to be involved in corruption.”

The Chief Minister also stated that he had received complaints from the general public too about corruption in BDA. “SR Vishwanath, who is the Chairman of BDA had also drawn my attention in this regard. Urban Development Department officials have been instructed to investigate on the complaints. The guilty, whoever it may be, however influential they may be, we will take action. BDA needs cleanup in the interest of delivering its services to the common man,” Bommai said.

Reacting to the havoc caused by rains in Bengaluru city, Bommai said, he had already visited affected areas HSR Layout, Rajarajeshwari Layout, Madiwala, and Koramangala. “State government definitely has priority for Bengaluru. Instructions have been issued to take repair and relief works in affected areas immediately after rains subside, I will go on city rounds soon.”

Referring to unseasonal incessant rains caused by low pressure over the Bay of Bengal, he said, rains had caused extensive loss for crops and property over the past 3 days in the southern interior, north interior, and coastal regions of the state. According to survey reports roads and bridges at many places had been damaged, there were reports of loss of human lives as well, he said.

Assuring speedy action for disbursal of compensation for affected farmers, the Chief Minister said, about 3 lakh farmers were affected due to excessive rains in July, August, September months. The compensation amount had been released for them. Instructions had been issued for disbursal of Rs130cr pending amount through Direct Transfer of Benefit system.

Deputy Commissioners of various districts had been instructed during the Video Conference conducted on Saturday to submit survey reports on the losses. The process had been delayed due to continuous rains in some places. “I will hold a meeting with officials later in the evening today in this regard and announce the compensation,” he assured.