Video: CM celebrates the victory of BJP in the Assembly elections Chief Minister Basavaraj Bommai and his cabinet colleagues celebrated the BJP’s victory in the five states’ Assembly election, BJP is ahead in four states, the big news is that the BJP will return to power in the most influential state in terms of politics Uttar Pradesh where the party is leading in 270 seats leaving behind all other parties.

The CM distributed sweets to his colleagues. 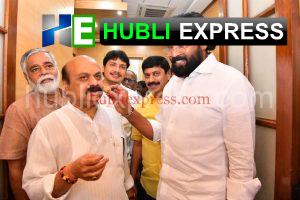 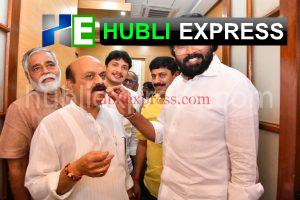 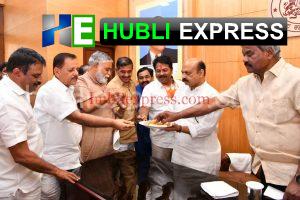 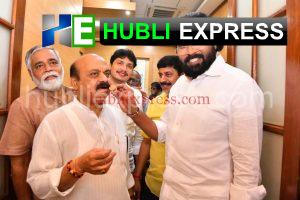 Joshi commented on the party’s performance in Dehradun.

12:08 PM: In Goa, BJP is leading on 18 seats, Congress on 11, TMC on 4, AAP on 2 seats, others on 5. If the trend continues, BJP requires the support of independents and other parties to form the government in the coastal state.

BJP is just short of one seat in Goa, the party is leading on 20 seats now.

In Manipur: BJP is leading on 27 seats, Congress on 8, and others on 25 seats. N Biren Singh is all set to rule the state for the second term

Former CM Capt Amarinder Singh trailing from Patiala seat, Amarinder who floated new party after he was asked to resign to the CM post by Congress high command.

Former CM of Goa Manohar Parrikar’s son Utpal Parikkar is leading from Panjim. Utpal who denied BJP ticket to contest from Panjim Assembly seat, he running as an Independent

From Sanqualim Goa CM is leading

In Goa, Congress is leading on 20 seats, exit polls predicted BJP would get around 19 seats and Congress may restrict to 13-14 seats.

Hubli Express will be bringing you all the updates from the states. So stay connected.