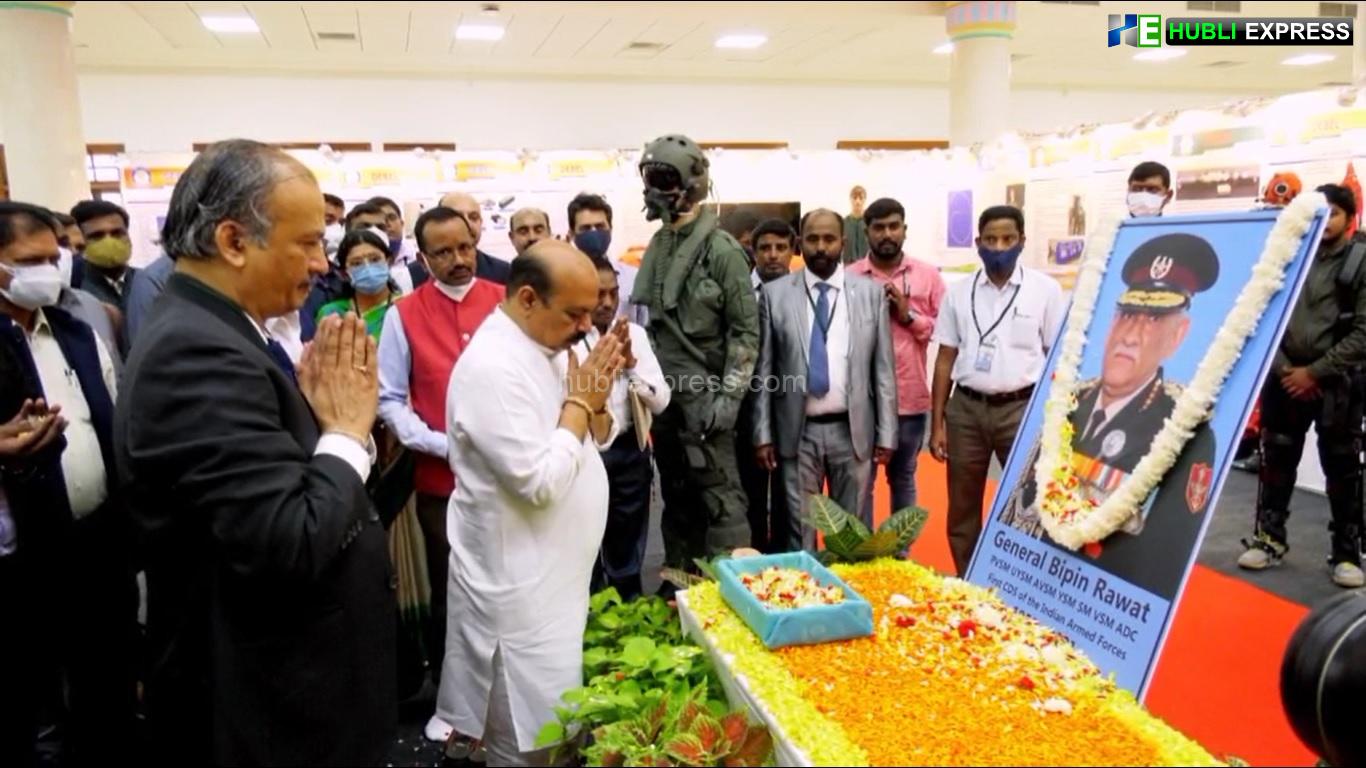 He paid floral tribute to CDS General Bipin Rawat, who untimely passed away in a chopper mishap in Coonor in Tamil Nadu on Wednesday.

General Bipin Rawat, according to the CM, was a visionary and a wonderful leader. He had a vision for the army, and he wanted Atma Nirbharata to be included in the manufacture of weapons. As a result of his vision, numerous weapons were manufactured domestically.

He expressed astonishment and pain, saying that the death of General Bipin Rawat had shaken the entire country. “His life is an example to all, and we should follow in his footsteps,” CM remarked.