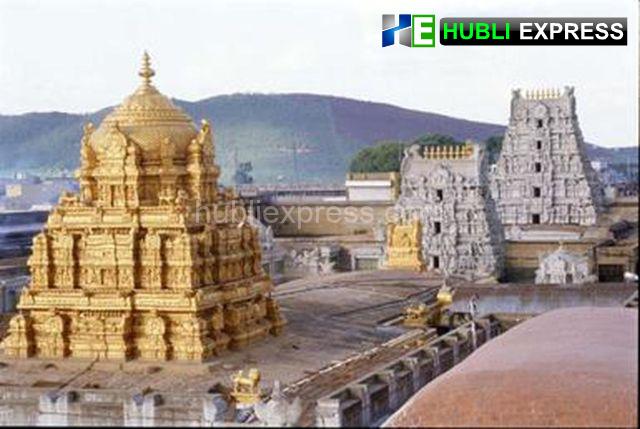 TIRUPATI: The Tirumala Tirupati Devasthanams (TTD) has eliminated all other forms of special darshans and arjitha sevas from January 2 to 11, making the Vaikunta Dwara Darshanam more accessible to regular pilgrims.

The auspicious days of Vaikunta Ekadasi and Vaikunta Dwadasi fall on January 2 and January 3, respectively, in 2023, according to TTD EO A.V. Dharma Reddy, who was reviewing the preparations for the upcoming Vaikunta Ekadasi Dwara Darshanam in Tirumala on Saturday with senior officers from various departments. But the TTD would permit the special Vaikunta Dwara Darshan till January 11 in keeping with the tradition of opening the Vaikunta Dwaram for 10 days as in the previous two years, he added.

The darshan for common pilgrims would start at 5am after the early morning rituals like Thiruppavai, Dhanurmasam Kainkaryams, Bali, Sattumora Suddhi, and First Bell. “Darshan will be given to around 80,000 pilgrims on any given day. In Ekantam, Arjitha Seva will be performed. “Maha Laghu Darshan will only be available to devotees with SRIVANI, Rs. 300 tickets, and SSD token holders,” A.V. Dharma Reddy stated.

For these 10 days, the temple board would issue 2.50 lakh tickets for Rs. 300 special entrance darshan online, at a rate of 25,000 each day. Five lakh tokens of Slotted Sarva Darshan tickets will be distributed, with 50,000 tokens being distributed each day at ten locations, nine of which are in Tirupati and one of which is reserved just for those from Tirumala. To prevent duplication, the purchase of tickets requires an Aadhaar card.

In addition to this, throughout these 10 days 2,000 SRIVANI tickets will be made available online daily. Tickets for the Vaikunta Ekadasi darshan will only be given to Self-Protocol VIPs, and no recommendation letters will be accepted. In the account of the New Year, Vaikunta Ekadasi, and Dwadasi, reservations for lodging will be cancelled from December 29 to January 3.