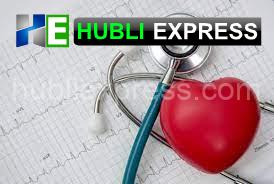 Bengaluru: Health and Medical Education Minister K Sudhakar said on Tuesday that Chief Minister Basavaraj Bommai has given in-principle approval for the establishment of a super speciality hospital in Uttara Kannada district.

The government’s decision follows public outcry because Karwar lacked a health facility and demanded a super speciality hospital. In July year, four people were in an ambulance from Honnavar to Kundapur hospital died after the ambulance hit a toll plaza near Shirur in Udupi district.

Dr K Sudhakar in a media briefing following a meeting at his official residence with all elected representatives of the district, including district in-charge minister Kota Srinivasa Poojari, MLAs, and MLCs. “Our government is committed to providing quality healthcare services in the Uttara Kannada district.” The location and other details of the hospital’s construction will be discussed with the Chief Minister. The proposal has been forwarded to the accounting department. According to Sudhakar, the proposal will be tabled in the cabinet after discussions with the CM.

Kumta is centrally located in the district and is being considered for hospital establishment. Along with this, a 250-bed multi-specialty hospital in Sirsi is already under construction. Karwar Medical College has received NMC approval to begin operations this year with 150 MBBS seats, which will improve the district’s medical infrastructure. The meeting with elected representatives covered all aspects of healthcare infrastructure in the district, including filling vacant positions, upgrading PHCs, and purchasing equipment, according to the health minister.

Sudhakar stated that he will visit Uttara Kannada district following the current assembly session to assess the district’s healthcare infrastructure.

Uttar Kannada district has 11 taluks and a population of 15,46,537. A medical college hospital in Karwar, the district, has been without health infrastructure for a long time, forcing people to travel to other districts such as Dharwad, Mangluru, Udupi and other states including Goa for treatment.