Update on hijab protest in Hubballi

Hubballi, which remained calm and was not disturbed by the widespread hijab issue, so far witnessed a flash protest at Women’s College in JC Nagar. As a precautionary measure, the women’s college administration has announced a holiday for the college.

Police commissioner Labhu Ram visited the college, and he and his team convinced the protesters not to stage a protest and to solve the issue through dialogue. A few community leaders were having a talk with the principal and management of the college.

The students who staged a protest dispersed on their own, and the students left for their homes following the suspension of classes. 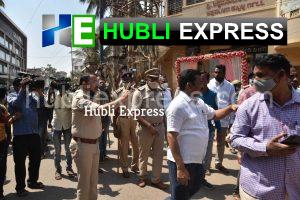 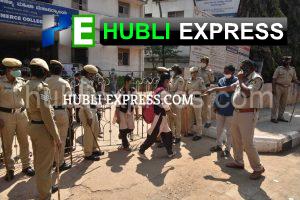 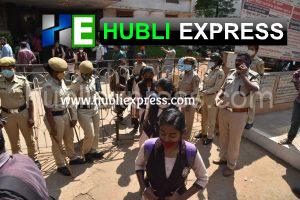 Hijab Issue: Students stage a protest in front of the women’s college in Hubballi.