Union Minister Pralhad Joshi holds a meeting with officials and directs them to expedite work on the flyover. 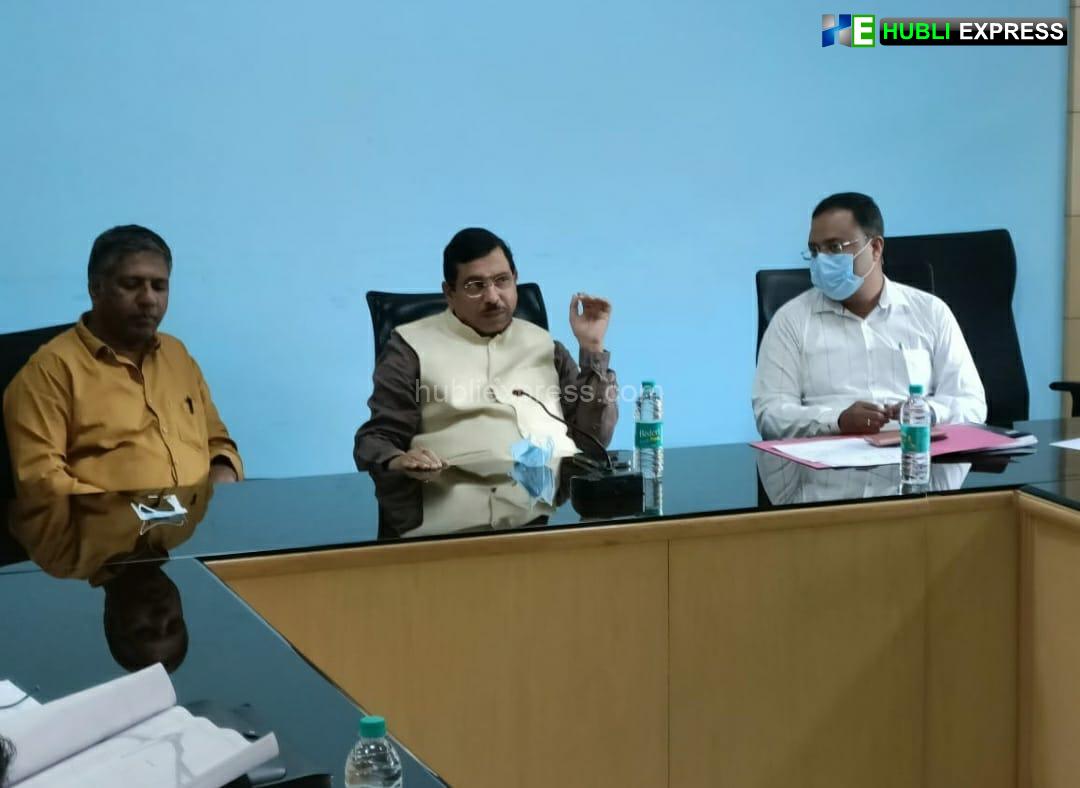 Hubballi: Pralhad Joshi, Union Minister for Parliamentary Affairs, Mines and Coal, and other elected representatives held a meeting with officials from various departments in Hubballi, and the minister directed officials to accelerate work on the flyover.

During the meeting, Joshi stated that motorists were experiencing numerous issues as a result of the flyover’s pillar building work. He directed officials to complete this task as soon as possible. He also instructed them to carry out the work in accordance with the expert committee’s suggestions.

Joshi also asked officials to implement alternative route arrangements recommended by the expert committee in order to ensure the smooth flow of traffic.

The Union Minister further directed the officers to construct high-quality roads, noting that the recently constructed roads under the Central Road Fund were of poor quality as they were damaged due to recent rains. He stated that the Chief Minister, Bommai, has agreed to release additional funding for the Twin Cities’ road development. In this regard, he informed the meeting that he had made a request to the CM.