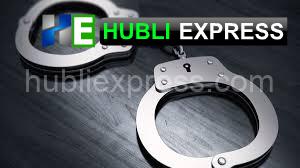 Koppal: According to Superintendent of Police Arunanashu Giri, two PFI activists were detained for questioning on Tuesday.

Syed Sarfaraz Hussain Gangavati, the general secretary of PFI in Karnataka, and Rasool Mohammad, the organization’s chief organiser in Gangavathi and Koppal, have been named as the detained individuals. They were picked up for questioning. However, the police have not made it clear why they were chosen to be questioned or if they were involved in any incident. Later in the day, the SP is probably going to provide more details, said sources.