HomeStateThere is no proposal to replace the Chief Minister of Karnataka: Joshi

There is no proposal to replace the Chief Minister of Karnataka: Joshi 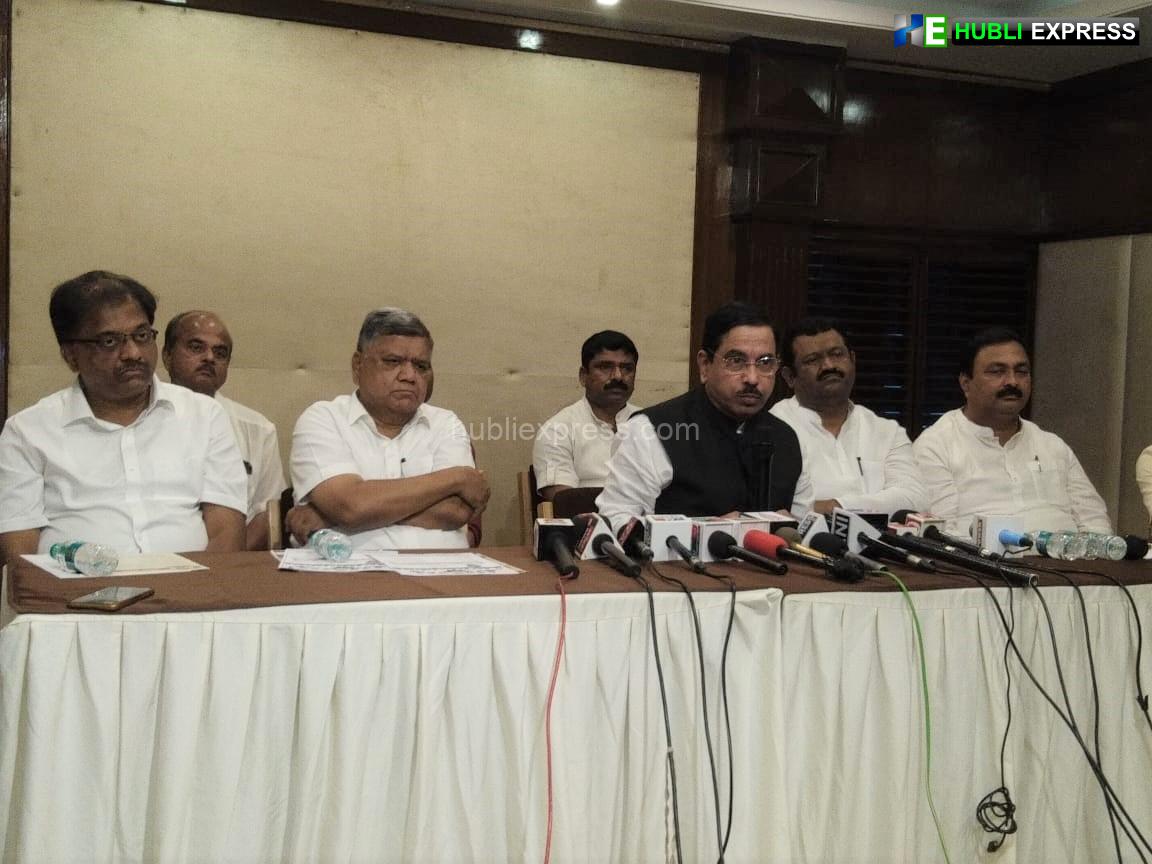 Joshi told reporters on Sunday that the party was not considering such a proposal at the moment. He was responding to Minister K. S. Eshwarappa’s recent assertions that Murugesh Nirani would become chief minister one day.

The HDMC Mayoral Elections will take place as soon as possible.

In response to a question, Joshi stated that he had spoken with the Chief Minister about the matter and that HDMC mayor elections would be held as soon as possible.

Hubballi: Union Minister Pralhad Joshi reacted to the issue of the distribution of faulty flags by the Hubballi-Dharwad Municipal Corporation. He said strict action...
Hubballi / Dharwad

Hubballi: The Congress leaders have decided to return the defective tri-colours distributed by the Hubballi-Dharwad Municipal Corporation to the Corporators to its commissioner tomorrow...

Special train between Nanded and Hubballi to clear festival rush