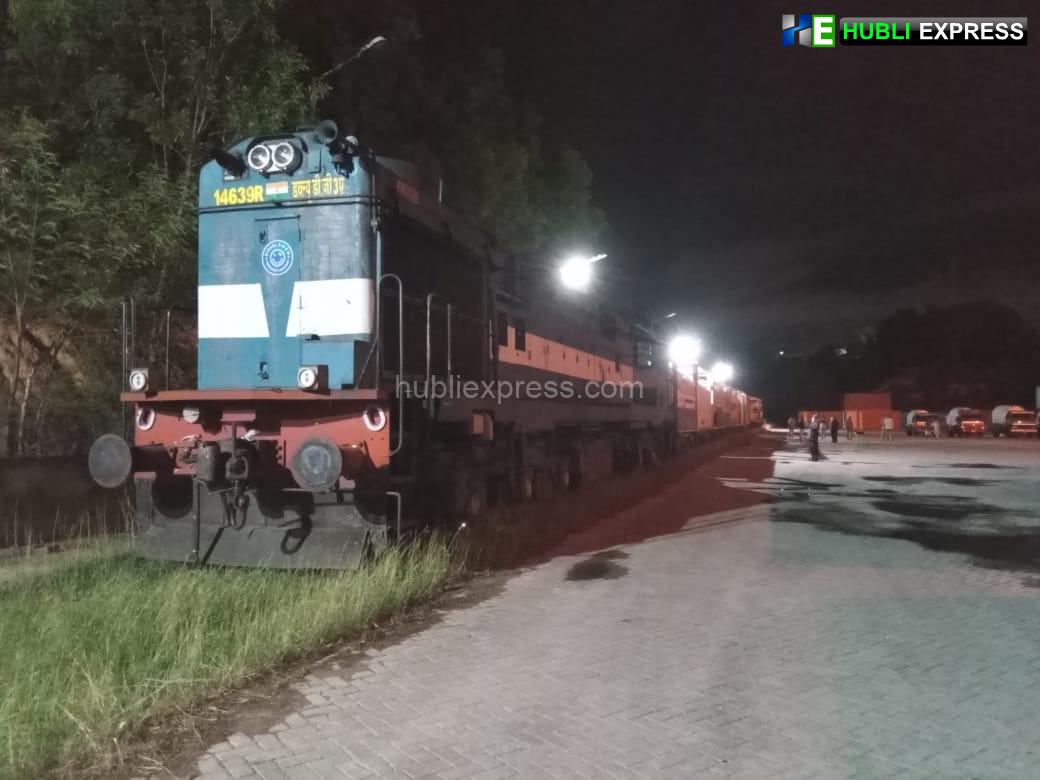 Hubballi: The Fifth Oxygen Express has reached ICD Whitefield at 1:55 am on Thursday. It had started from Tatanagar, Jharkhand on Tuesday.

A signal-free ‘Green Corridor’ was created by the Railways to enable swift transport of this Oxygen Express, i.e. this train ran stoppage free, and has not had to wait for crossing/passage of another train.

The train was taken over at Jolarpettai by the crew of the Bengaluru Division and run at the speed of 100 kmph on the route. Crew change was done within 5 minutes at Jolarpettai.