HomeStateSrinivas Mane and his emotional appeal did it work like a charm?

Srinivas Mane and his emotional appeal did it work like a charm?

The Hangal Assembly seat was won by Srinivas Mane, a Congress candidate, with a margin of 7,373 votes. Mane, who narrowly lost the 2018 election, remained in Hangal even after his defeat.

Mane knew that the people of Hangal would not abandon him in the next election since he was so close to winning. He was laying the groundwork for the next election, and as part of that, he was constantly travelling around the area and interacting with constituents.

When the Covid pandemic struck the country and a lockdown was declared, Srinivas Mane rose to the situation and provided invaluable assistance to constituents. His outstanding efforts during the Covid period drew him closer to the Hangal people. 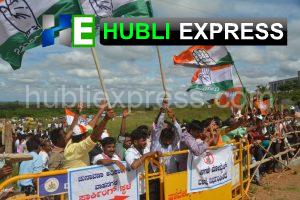 When sitting MLA CM Udasi died owing to age-related issues and elections were called, the Congress granted Mane the party ticket to run in the election again.

Everyone expected Mane to win the election due to his efforts, but when the bypoll election campaign heated up, the battle got fierce. All of the BJP’s heavyweights, including the CM, began campaigning for the BJP candidate.

The BJP’s intense campaign distracted Srinivas Mane a bit, who has been doing the best campaign along with his leaders of the party. Srinivas Mane bowed before the crowd and made an impassioned appeal at an open rally held at the stadium. He asked for voters’ support and stated that his ashes will be scattered on Hangal soil even after his death.

He pledged that if they gave him a chance, he would not let them down. According to political analysts, the emotional appeal worked like magic on the people, and that emotional appeal caused them to vote for him.