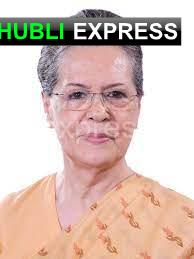 Following the debacle in the recently concluded Assembly elections in five states, Congress interim-Chief Sonia Gandhi has asked five states PCC presidents of five states to put in their resignation.

The Punjab Congress Committee President, Navjot Sidhu, came under severe criticism from the Congress leaders for the pathetic performance of the party in Punjab Assembly election.

In the just-concluded Assembly elections, the Congress got just 18 seats, and the Aam Aadmi Party got a clear majority by winning 92 seats in a House of 117.

Navjot Singh Sidhu was defeated from the Amritsar East seat. He lost the election to political greenhorn and AAP candidate Jeevanjyot Kaur by 6,750 votes.