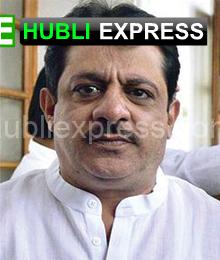 The former chief minister and leader of the opposition in the Legislative Assembly, Siddaramaiah has condemned the Enforcement Directorates (ED) raid on former minister BZ Zameer Ahmed Khan’s house and offices termed the raids ‘politically motivated and said the BJP is trying to silence the opposition by using the central institutions.

Zameer Ahmed Khan is the close aid of the former CM Siddaramaiah and a four-time MLA from the Chamrajpet constituency. The ED sleuths were conducting searches on properties belonging to Khan. The raids began early in the morning. He owns the National Travels transport business and sources revealed that officials are verifying property-related documents, business transactions of National Travels and other commercial activities.

ED officials conducted a raid on the newly built bungalow of Khan in the Shivaji Nagar area, a flat in UB City in the Cubbon Park area, and the offices of National Travels in Kalasipalya and Chamarajapet.