Shraddha Walkar Murder Case: Father says he tried to convince her but…. 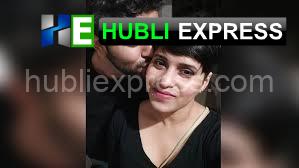 Vikas Walkar, the father of call centre staff Shraddha Walkar, who was allegedly murdered by her lover Aaftab Poonawala, stated on Saturday that he had previously visited Aaftab’s home in Vasai but was insulted and threatened not to return.

Vikas Walkar told a Marathi TV channel that he had no idea his daughter had moved to Delhi, where she was murdered in May of this year.

He sought justice for Shraddha Walker (27) and harsh punishment for Aaftab for the heinous act, which sparked widespread anger.

Aaftab is accused of slicing Shraddha Walker’s body into several parts after strangling her and storing them in a freezer before disposing of them throughout Delhi over many days. On November 12, the suspect, who had leased an apartment in the Mehrauli neighbourhood where he committed the crime, was apprehended.

“I went to Aaftab’s house (in the Palghar area of Maharashtra) to find a solution to the problem (with their relationship), but I was insulted by Aaftab’s cousin. His (Aaftab’s) family members had cautioned me not to return to their home. After my wife died, my efforts to find a solution came to a halt “According to Vikas Walkar.

When Shraddha Walker went missing, her family members filed a missing person’s report at the Manikpur police station in Vasai, according to an officer. Vasai is the victim’s hometown, where the pair lived before moving to Delhi.

“I had no idea Shraddha Walker had travelled to Delhi. I found out about her whereabouts after filing a missing person report with the Manikpur police station (in Vasai) “said Vikas Walkar.

He said that when he called his daughter, they only chatted a few times. “I attempted to persuade Shraddha Walker (to leave the relationship), but she wouldn’t listen,” he claimed.