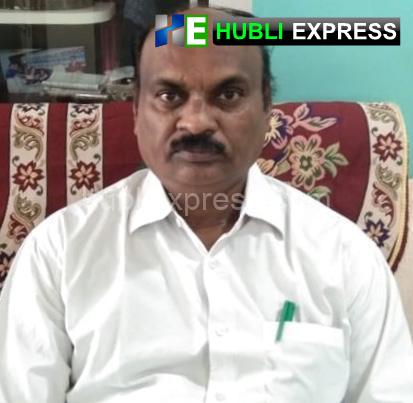 SH Naregal, a special officer with Hubballi-Dharwad Smart City Limited (HDSCL), has been transferred as Deputy Director of the KVI wing in Chitradurga.

Naregal, who formerly worked as a special officer and public relations officer for the Hubballi-Dharwad Municipal Corporation, (HDMC) earned a reputation as a people-friendly and media-friendly officer. Naregal is recognised for his public relations talents, and for a few media people, he was a source for producing development-oriented stories because numerous facts linked to his department was in his memory, and as a public relations officer, he was extremely quick to handle public issues when he was at HDMC.

Naregal acquired the trust of officers and elected representatives due to his friendly nature and maturity in his profession. Between 2006 until 2017, he worked as a special officer for HDMC before joining HDSCL.

When IAS officer P Manivannan was HDMC Commissioner, Naregal worked day and night. During his time as an HDMC special officer, he held a variety of positions. Whatever the meeting in the district, Naregal used to be present at those meetings with officers holding HDMC data.

He will begin his new role next week. He also thanked all of the officers, elected representatives, and media personnel who helped him to work in the various roles.