Selfie craze; youths drowned in a canal near Raichur 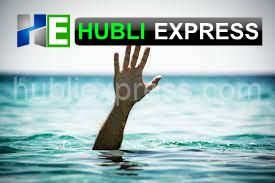 Raichur: The bodies of two youths who fell into a canal and were washed away on Sunday evening near Raichur city were recovered by fire and emergency personnel on Monday morning.

According to the local sources, the deceased have been identified as Sujith, 16, and Vaibhav, 16, both students at Best PU College in the city. While taking selfies on the banks of the Tungabhadra canal, four students fell into it. Of the four, Nagendra and Tarun swam across the canal and reached the bank, but the other two students had washed away, and their bodies were found and fished out near the RN Shetty Hydal project. The tragedy happened when four friends had gone to a picnic without informing their parents.

Deceased bodies have been sent to Raichur Institute of Medical Sciences for postmortem.