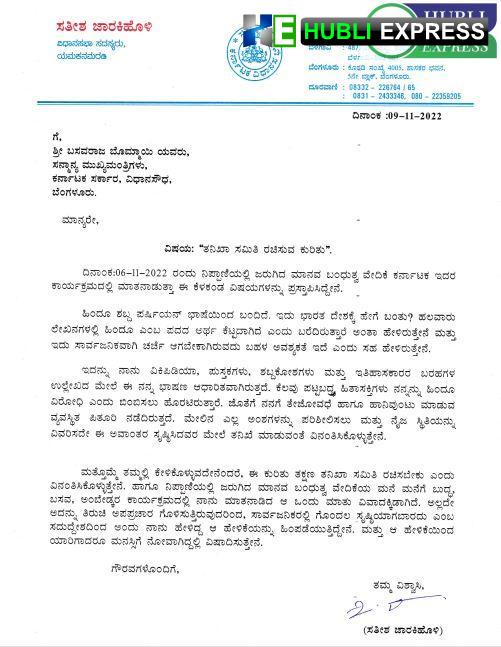 Belagavi: Former minister Satish Jarkiholi, who made a controversial statement on the “Hindu” word during a program, has withdrawn that statement and sent a letter to Chief Minister Basavaraj Bommai in this regard.

On October 6, during a programme organised by the Manava Bandhutava Vedike in Nippani, he stated that the word “Hindu” is Persian and means “dirty,” which sparked outrage among Hindus. Even Congress party leaders condemned his statement and claimed that it was his personal view or opinion, not the Congress party’s.

As the issue snowballed into a big controversy, Satish on Tuesday sent a letter to the Chief Minister, expressing regret if someone was hurt because of his statement and withdrawing the statement made that day. 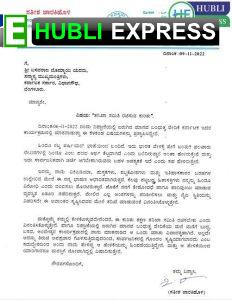