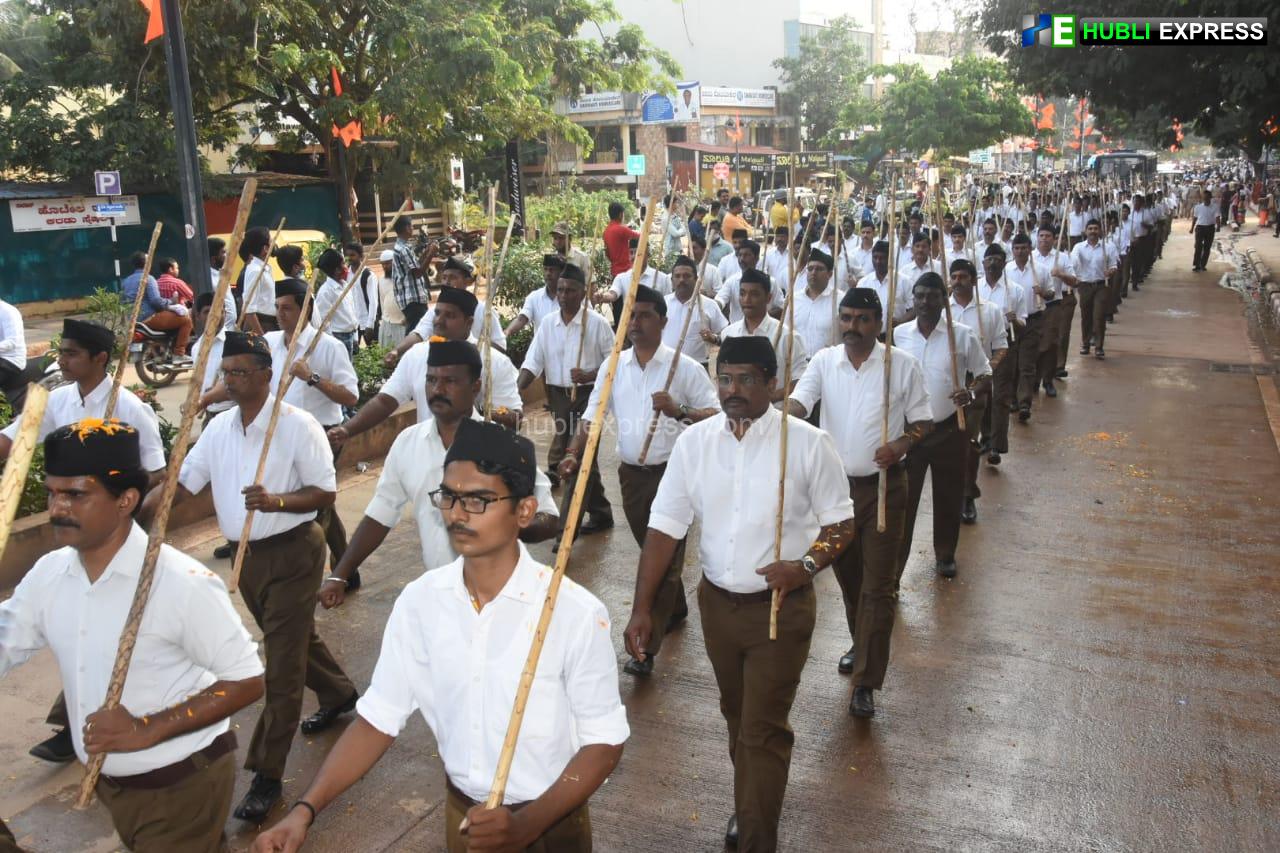 Hundreds of volunteers of Rashtriya Swayamsevak Sangh took part in a route march on the occasion of Vijay Dashami in the city on Friday.  The ‘Patha Sanchalana’ converted into an open rally at Nehru Stadium. 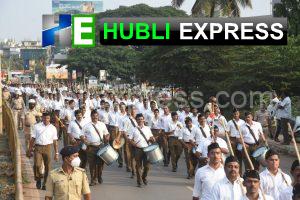