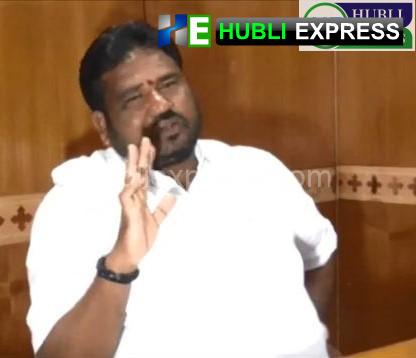 Koppal: The Tourism Minister and Koppal District in-Charge Minister BS Anand Singh said that an inquiry should be conducted into the allegation that was levelled against Kanakagiri BJP MLA Basavaraj Dadesugur. The Kanakagiri MLA has been accused of accepting Rs 15 lakh from a person on the pretext of getting him appointed as a PSI.

Singh said that he spoke to the MLA, and the MLA said that he had not received money from anyone. Let an investigation begin in the legal framework, he said.

An alleged audio clip of a man called Parasappa and Dadesugur talking over this issue has gone viral. In the alleged clip, Parasappa demands Dadesugur to return Rs 15 lakh which he received, claiming that his work would be done.

Speaking to reporters, Dadesugur said the voice in the audio clip was his, but that was a different issue. He said only a part of the conversation was made viral and claimed that he did not accept money from anyone.