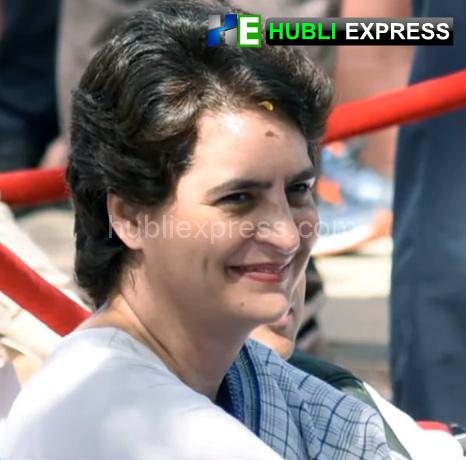 Bengaluru: Congress leader Priyanka Gandhi Vadra is likely to make a second poll promise in Bengaluru today. The party has already announced that they will provide 200 units of free electricity for all the households in the state if they form the next government.

Priyanka Gandhi is likely to make a women-centric promise at a mega convention for women to be held at Palace Grounds in the city. With this convention, the party is aiming to target women and is expected to release a separate manifesto in the coming days.

The convention will be attended by AICC chief Mallikarjun Kharge, Leader of the Opposition in the Legislative Assembly Siddaramaiah, KPCC president DK Shivakumar, and other leaders.