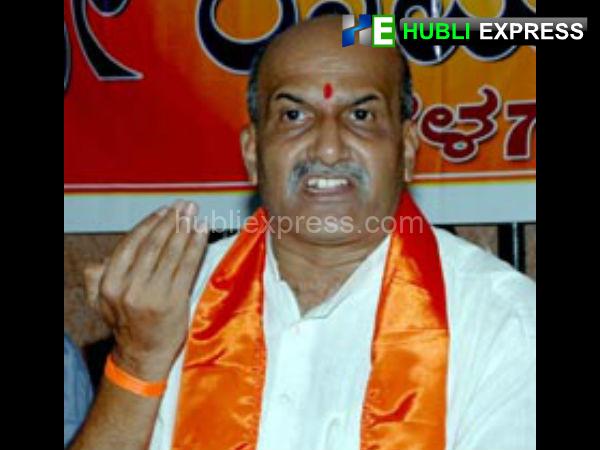 Belagavi: Sri Ram Sena chief Pramod Muthalik has registered a police complaint with Hukkeri police, claiming that he received threat calls on his mobile phone while staying in Hukkeri town on Thursday night.

Speaking to the media, Muthalik said that he received calls from unknown numbers, and the miscreants, who were speaking in Mangaluru Kannada but had influences of Urdu, used filthy language against him and threatened that they would not spare him. Muthalik claimed that of the five calls, he received two.

He said he visited the Hukkeri police station and registered a case in this regard. He also said an appropriate inquiry should be conducted in this case and miscreants should be taught a lesson. Muthalik said that this was not the first time he had received threat calls and said he would not be afraid of such threats.