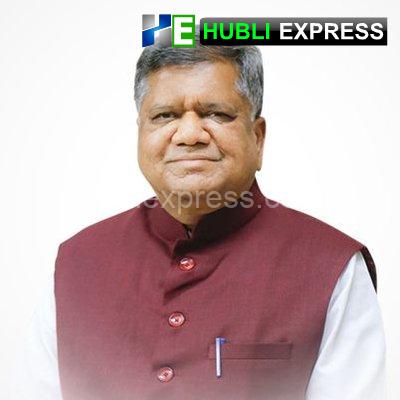 Hubballi: At the civic honour programme in Hubballi, Jagadish Shettar will be one of the dignitaries to share the dais with President Draupadi Murmu.

Earlier, his name was not included in the list of the people who have to be on the Dais to grace the Poura Sanman of the President. It was said that due to protocol, his name was not included, but the Mayor, Iresh Anchatgeri, said that his name was included in the list of dignitaries. Not only Shettar, but MLAs Arvind Bellad, Prasad Abbayya, and Amruth Desai have been added to the revised list and they will be on stage. The Governor, CM Bommai, Union Minister Pralhad Joshi, Ministers Halappa Achar, Shankar Patil, Munenakoppa, MLAs Shettar, Bellad, Abbayya, Desai, and the Mayor will all be present, according to the revised plan.