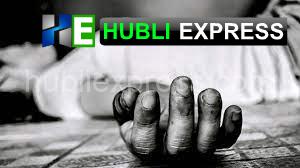 Bengaluru: The 24-year-old man’s strange death in a PG in Bengaluru has remained unsolved because the police have not yet determined what caused it. The body was found three days after the death.

The late HS Anil Kumar, a writer who worked for a private company, resided in a PG in Govindarajanagar, a neighbourhood off Magadi Road in Bengaluru. Police sources claim that on September 16, Anil Kumar left to use the restroom and never returned. His body was found by housekeeping employees on September 19, in the morning. On that day, the family was notified.

The suspicion has been raised by Kumar’s father, HC Someshekarappa, of Horaluru village in Shivamogga district. He complained to the Govindarajanagar police, asking “How come no one saw the dead body of my son for three days where 21 men resided in a PG which had 10 bathrooms?”

According to police sources, Kumar closed the bathroom door from inside, where his body was later discovered. No visible signs of damage can be seen on the body, and the CCTV camera placed nearby clearly shows that Kumar used the restroom before anyone else did. The majority of those who stayed at the PG were working adults who made weekend trips back to their hometowns. The incident happened on Friday, and it was discovered on Monday. We have the post-mortem report, and it shows no indication of a suspect cause of death.

The police stated that they are awaiting the Forensic Science Laboratory (FSL) and that more investigation is in progress.