Our Focus Is To Keep ‘Arjuna’s Eye’ On Inflation: RBI Governor 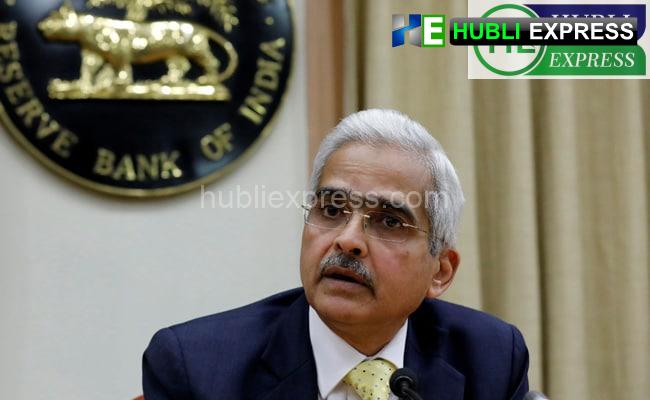 Reserve Bank of India Governor Shaktikanta Das said the central bank was focused on bringing elevated inflation down and added that not releasing the letter to be written to the government for missing the inflation target does not compromise on transparency.

Retail inflation has remained above the upper end of the central bank’s target band of 2-6 per cent in each month this year, and the RBI’s projections suggest price pressures will remain elevated for the rest of 2022.

Shaktikanta Das, however, defended the Reserve Bank’s handling of the price pressures issue, stating that taking action on inflation too soon would have had a significant negative impact on the economy and people.

RBI Governor, speaking at the annual FIBAC conference of bankers here, defended the central bank’s actions so far and said, “we prevented the complete collapse of the economy by keeping rates lower and stayed away from premature tightening.”

“India today presents a picture of resilience and optimism for the world,” said Mr Das, and added that “price stability, sustained growth and financial stability need not be mutually exclusive.”

We’re monitoring inflation trends. Our constant endeavour is to keep ‘Arjuna’s eye’ on inflation, said the Governor, according to an ANI tweet.

Indian economy growing steadily, drawing strength from its macroeconomic fundamentals & buffers. As per IMF, India is slated to be one of the fastest-growing major economies. We’re monitoring inflation trends. Our constant endeavour is to keep ‘Arjuna’s eye’ on inflation: RBI Guv pic.twitter.com/rigQU3Lhq3

Retail inflation accelerated to 7.4 per cent in September, continuing its streak of nine consecutive months above the RBI’s target band of 2-6 per cent.

Despite a total of 190 basis points of interest rate increases since May by the RBI, inflation has remained persistently high.

Mr Das stated that he anticipates inflation to moderate and added that the economic consequences of reducing price pressures earlier would have been quite substantial.

According to the Governor, the RBI would not release the specifics of its special policy-setting committee meeting on Thursday when it discusses how to respond to the government for not following its inflation mandate.

After the November 3 special meeting, a letter that will be addressed to the government won’t be made public, according to Reserve Bank of India Governor Das, because the bank does not have the authority to do so.

But Mr Das said, “transparency not compromised in any manner by not releasing the letter to be written by the RBI to the government for missing inflation target.”

The bank must provide the government with an explanation about why the monetary policy committee has failed to keep inflation within two percentage points of its 4 per cent target for three consecutive quarters.

Shaktikanta Das also heaped praise on the launch of the Central Bank Digital Currency (CBDC), or the e-rupee, and said it was a landmark moment in the history of the currency in the country, which will transform the way business is done.

On Monday, the RBI said that the first pilot in the Digital Rupee-Retail segment is scheduled to go live in less than a month in a few select areas with closed user groups made up of consumers and retailers.

According to the RBI, settlement in central bank money would lower transaction costs by eliminating the need for infrastructure to provide settlement guarantees or for collateral to lessen settlement risk.

On Tuesday, several banks, including ICICI Bank and Bank of Baroda, participated in the first pilot project of the Digital Rupee launched by the Reserve Bank for transactions in government securities.