HomeNationalOpposition picks Yashwant Sinha as a candidate for President

Opposition picks Yashwant Sinha as a candidate for President 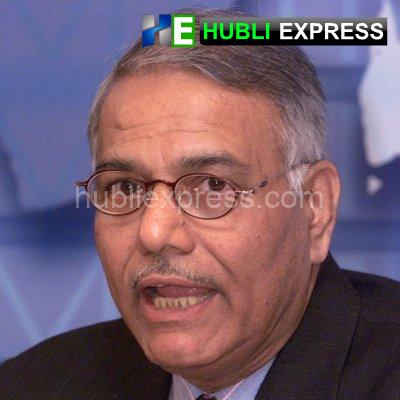 Sinha was a minister in the Atal Bihari Vajapayee led NDA government. Sinha’s name was unanimously agreed upon by opposition leaders assembled in the Parliament annexe for a meeting organised by NCP head Sharad Pawar.

“We have resolved to elect a common candidate in the upcoming presidential elections in order to prevent the Modi government from causing additional damage. We chose Yashwant Sinha as a common candidate at a subsequent meeting today. We urge all political parties to support Yashwant Sinha,” Congress’s communication chief, Jairam Ramesh, read from a joint statement issued by the opposition.

The joint statement urged the BJP and its allies to back Sinha’s candidacy so that the nation could have a “worthy Rashtrapati elected unchallenged.” To guide Yashwant Sinha’s campaign, a committee has been constituted. “We regret that the Modi government made no genuine effort to agree on a presidential candidate,” Ramesh added.

Reading from the joint declaration, he noted that the opposition parties’ solidarity for the presidential election will be strengthened in the coming months. Sinha, a Trinamool politician, dropped a huge hint about his candidacy earlier in the day when he stated he “must step aside” from the party to push for greater opposition unity.

BJP is yet to announce its Presidential candidate, the election for the post of President of India will be held in July.