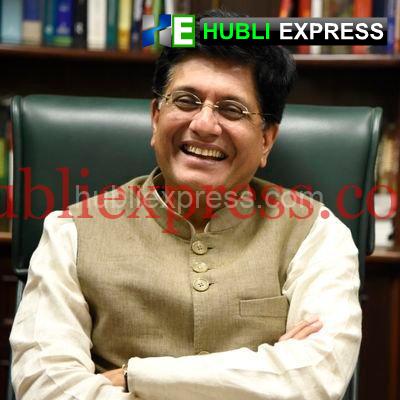 New Delhi: Union Minister Piyush Goyal said that it was not easy to bring back the Indians stranded in war-torn Ukraine. He said that India had brought back more than 20,000 Indians, mostly students, from Ukraine within three weeks.

He said that it is a matter of pride that there is belief in the country that, in the event of any crisis, the government of India, led by Prime Minister Narendra Modi, will take them out of the crisis.

The Prime Minister himself took command.

Goyal said that Prime Minister Narendra Modi talked to the big leaders of the world about 11 times and every possible opportunity of using diplomacy was used to bring the stranded Indians from war-affected country safely. He took the evacuation drive seriously. He held eight high-level meetings, and strict measures were taken after every meeting as to how to evacuate the people and bring them back to India, he said.

According to Goyal, no other country has taken the responsibility of repatriating its citizens as seriously as India has. He said that the drive was led by the Prime Minister personally. “Today, we are proud that the last batch of students who were there are now progressing quickly after leaving the combat zone. They would be returned to India soon by crossing the border via the next country,” he stated.