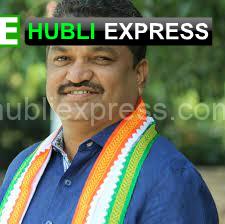 Hubballi: In a late-night press conference on Sunday, Dooraj Mannikuntla, the leader of the opposition in the HDMC council, stated that the Congress party corporators would not participate in the civic honour programme, claiming that they had been neglected and that the entire programme had become a BJP program.

Now, Congress city district and rural district presidents, Altaf Hallur and Anil Kumar Patil, have released a statement saying that all their leaders, party workers will attend the event as their MLA’s name was included in the dignitaries list to be present on the dais with the President.