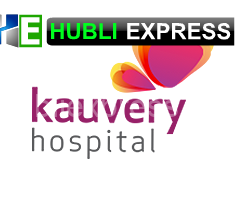 Esophageal Cancer is the 6th most common cancer in India

Chennai: Kauvery Hospital Chennai, a unit of Kauvery Group of Hospitals, a leading multispecialty healthcare chain in Tamil Nadu, successfully performed the procedure of minimally invasive esophagectomy on four people suffering from esophageal cancer, a condition where cancer develops in the tube-like structure that connects the throat to stomach. It is the passage through which food passes into the digestive system.

A Minimally Invasive Esophagectomy is a procedure where part or whole of the affected Esophagus is removed through small cuts and incisions on the chest, neck or upper belly and with help of a laparoscope (a procedure where flexible tube is inserted to view the interior of body cavities). The resected esophagus is rebuilt using part of the stomach or large intestine.

All four people suffered from the same disease – locally advanced esophageal cancer. Two women aged 45 and 80 respectively, were affected by Adenocarcinoma, a type of cancer that affects the lower part of the esophagus that connects the stomach. Usually, it affects individuals with gastroesophageal reflux disease such as acid reflux. The other two patients were men in their 50s and 60s, diagnosed with Squamous cell carcinoma- a type of cancer that affects the upper and middle part of the esophagus, often caused due to lifestyle habits such as smoking or tobacco usage.

All four individuals presented with difficulty in swallowing food or water. On evaluation the disease was found in their esophagus.

Considering the age of the patients, the team decided to minimalize the intervention, as conventional surgery increases the risk of complications in older people and often frightens them and their family members. With this minimal access procedure, the acceptance level is higher and recovery is much faster compared to open surgery. The incision size is around 5 mm – 1 cm, trauma to tissue is limited thus reducing the pain and post-operative complications. Prior to the minimally invasive procedure, Chemo Therapy and Radiation therapy were provided for few weeks to make the tumor suitable for surgery.

Every year, 47000 new cases of Esopheagal Cancer are diagnosed in India, thus making it the 6th most common cause of cancer related deaths in India. It affects both men and women, with a ratio of 3:2 in India. Some of the major risk factors for Esophageal Cancer are smoking, alcohol consumption, Gastro Intestinal Reflux Diseases such as heart burns or acid reflux. Often people present with difficulty in swallowing, chronic chest pain, problems with digestion and persistent coughing.

Speaking on the success of the treatment, Dr. Aravindan Selvaraj- Co-founder and Executive Director, Kauvery Hospital Chennai said, “There is a lot of hesitation and apprehension among the elderly people when it comes to a surgery, due to the complications possible with advancing age. Fortunately, our state-of-the-art facility is equipped with some of the finest breakthrough technology in the healthcare industry which allows us to perform procedures such as minimally invasive surgery, thus avoiding complex open surgeries where the risks are high. Such facilities are save the lives, and substantially lowers risks. I congratulate Dr. Sujay Susikar, Surgical Oncologist and his team for providing the right procedure to all patients.”

All four patients are treated and discharged after the 5th day of the surgery and are doing fine, and have been free of any major post-surgical complications for over a month.