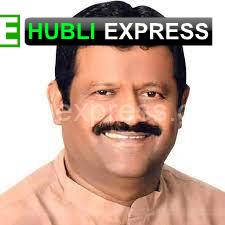 Don’t be surprised if Navalgund MLA Shankar Patil Munenkoppa is picked by the party’s high command for the top post in the state. Yes, you read that correctly. The BJP is known for surprising people. The party is always thinking about giving work to young people and is in the process of grooming leaders. And the party always selects a candidate who is a workaholic, prompt, sincere, and who can bring the party’s and the state’s name to the fore.

If the party goes by the qualities listed above, the Navalgund MLA possesses all of them. Shankar Patil Munenkoppa, a second-term MLA from the parched Navalgund seat, is a dedicated party member. He has a pristine reputation and has never been involved in a controversy. The MLA is well-known for his work, and he is also a leader of the prominent Lingayat Panchamsali community.

One should not be surprised if the party chooses Shankar Patil Munenkoppa for the post. Mr Munenkoppa never campaigned for any post. He has always admired the party’s senior leaders, which is why he was appointed chairman of the Karnataka Urban Infrastructure Development and Finance Corporation (KUIDFC).

Shankar Patil Munenkoppa is well-known for his organizational skills. He was elected from the most problematic seat, despite the fact that the party was under fire from farmers over the Kalasa Banduri project. In fact, Navalgund was the place of the first protests calling for the project’s realisation.

The party had stiff competition in the last election, but Mr Munenkoppa, who understands the public’s pulse, won the election, defeating the JD (S) candidate.

Meanwhile, fans and party members from the Navalgund Assembly segment are demanding that their leader be appointed as the state’s Chief Minister, and they are listing Mr Patil Munenkoppa’s qualities.

According to his supporters, he is the best of the 13 legislators from the Lingayat Panchamsali community since he never used his influence to gain any post or utilised his money power to showcase himself as the CM candidate like others.

According to supporters, if the party considers a Panchamsali for the position, Mr Munenkoppa should be considered. Munenkoppa is the person to go to if they want someone who is honest, diligent, and has a clean image. The party’s top leadership should summon him to the party’s headquarters to submit his case says Rajesh Bandi, a native of Annigeri, who believes he deserves a shot.

Many of his supporters believe that Mr Munenkoppa has the spark to transform the state, despite the fact that many people are unaware of his personality or working style. The BJP is the only party where real party workers receive what they deserve, and it is now Mr Munenkoppa’s turn to assume the post of Chief Minister, they say.

His supporters are ready to argue on his behalf why he is the best candidate for the post, and they are organising a social media campaign to make their voices heard by the party’s top leaders. 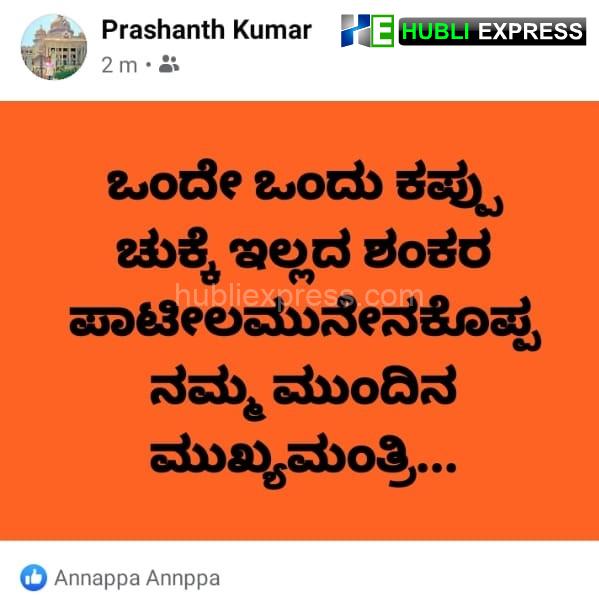 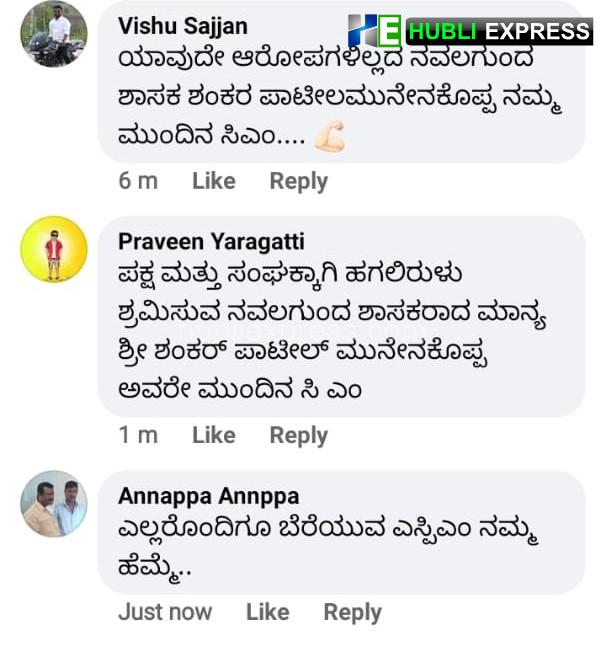