MLA Prasad Abbayya brings up the PB Road issue during the session. 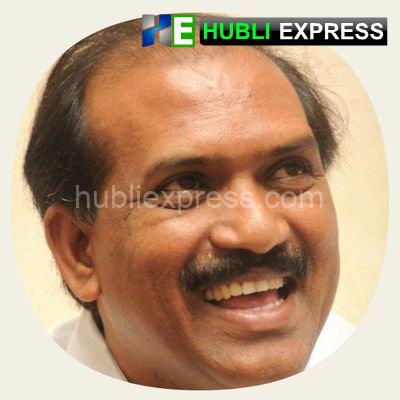 Hubballi-Dharwad (East) MLA Prasad Abbayya highlighted the issue of widening of PB Road in Hubballi during the ongoing budget session of the Legislative Assembly on Monday.

Abbayya, who is vocal about issues impacting the public in his constituency, questioned the government in a starred question during question hour, He asked what steps it has made to widen the PB Road.

Abbayya criticized the state government for failing to widen the road between New English School and Rani Chennamma Circle. According to him, the PB road from Gabbur to Rani Chennamma Circle is 3.9 kilometres long. He stated that this road is used by vehicles entering the city from the Bengaluru side. Because of the low width of the route, it frequently experiences traffic congestion, he said.

“When I became MLA for the first time, a section of this road from Gabbur to New English School was developed and made into a four-lane road at a cost of Rs 12 crore, but the section from New English School to Rani Chennamma Circle remained untouched. The government did not examine the Rs 52 crore proposal for acquiring land for the road’s widening,” he charged.

PWD Minister CC Patil replied that the availability of land for the development of this stretch is not the same. Some areas have a lot of land available, while others have relatively little. After evaluating the land’s availability, the road should be widened. The acquisition of roughly 5,354.85 metres of land is required for the widening of this route.

Union Minister Nitin Gadkari recently laid the foundation stone for the widening of the Hubballi-Dharwad Bypass. A ring road has just been built to allow vehicles to reach Karwar Road or Bengaluru Road from the Gadag side, therefore the road will no longer be congested as it was previously. So, whatever the case may be, subsequent actions will be done while keeping the financial situation in mind, he said.