HomeStateMinister CP Yogeshwar declares, "I will always be with Yatnal."

Minister CP Yogeshwar declares, “I will always be with Yatnal.” 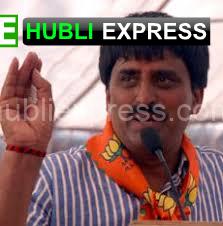 Vijayapura: Tourism Minister CP Yogeshwar has said that he would always remain with MLA Basavangouda Patil Yatnal and would support his views. “I will stay with him as a friend, support him mentally, and restore his faith in him,” he said.

No one turned up to receive the Minister at Kalaburgi airport:  In response to a question about local BJP leaders, including MLAs, not being present at the airport upon his arrival, Yogeshwar stated that there was no politics involved. ” We did not give information to anyone due to the Covid situation. Hence the party workers and leaders did not present at the airport,” he clarified.

He claimed that the absence of party workers and leaders at the airport was unrelated to his recent remark about the Chief Minister.