Man inserts toilet jet spray in his rectum; docs remove it after three hours of surgery. 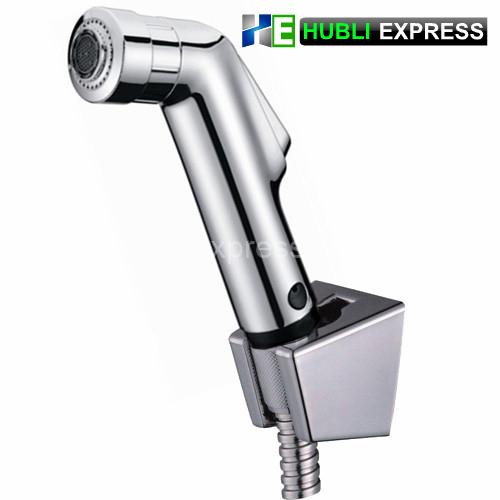 Hubballi: Doctors of Karnataka Institute of Medical Sciences noticed an unusual instance in the early hours of Saturday morning. A 35-year-old man arrived at the hospital emergency department at 3 a.m. with a toilet sprinkler (or jet spray) stuck in his rectum (the lower part of the large intestine where, the body stores stool).

The doctors were taken aback when they saw the patient’s condition because they had seen numerous cases before, but this was unlike anything they had ever seen. It took them a few moments to figure out what had happened to him.

He was first stabilized by the doctors present at the moment. The surgeons in the general surgery department decided to do emergency surgery to remove the sprinkler portion that had been stuck in his rectum.

The patient needed to be operated on straight away since the sprinkler had perforated his rectum, according to Dr. Shilpa Huchchannavar, professor of general surgery. A delay in surgery could have turned fatal, she said.

She added that the surgery lasted three hours and now he is recovering. She said that she had never seen a case like this in her career.

Sources said that the man was from Odisha and was working as a laborer in the city. Doctors said they don’t know what happened to him, whether he himself inserted the sprinkler in his anus or someone else inserted it. The patient was in an intoxicated condition when he came to the hospital. A detailed inquiry may throw some light on this case. Some doctors believe an act of sexual pleasure might have gone wrong with him.