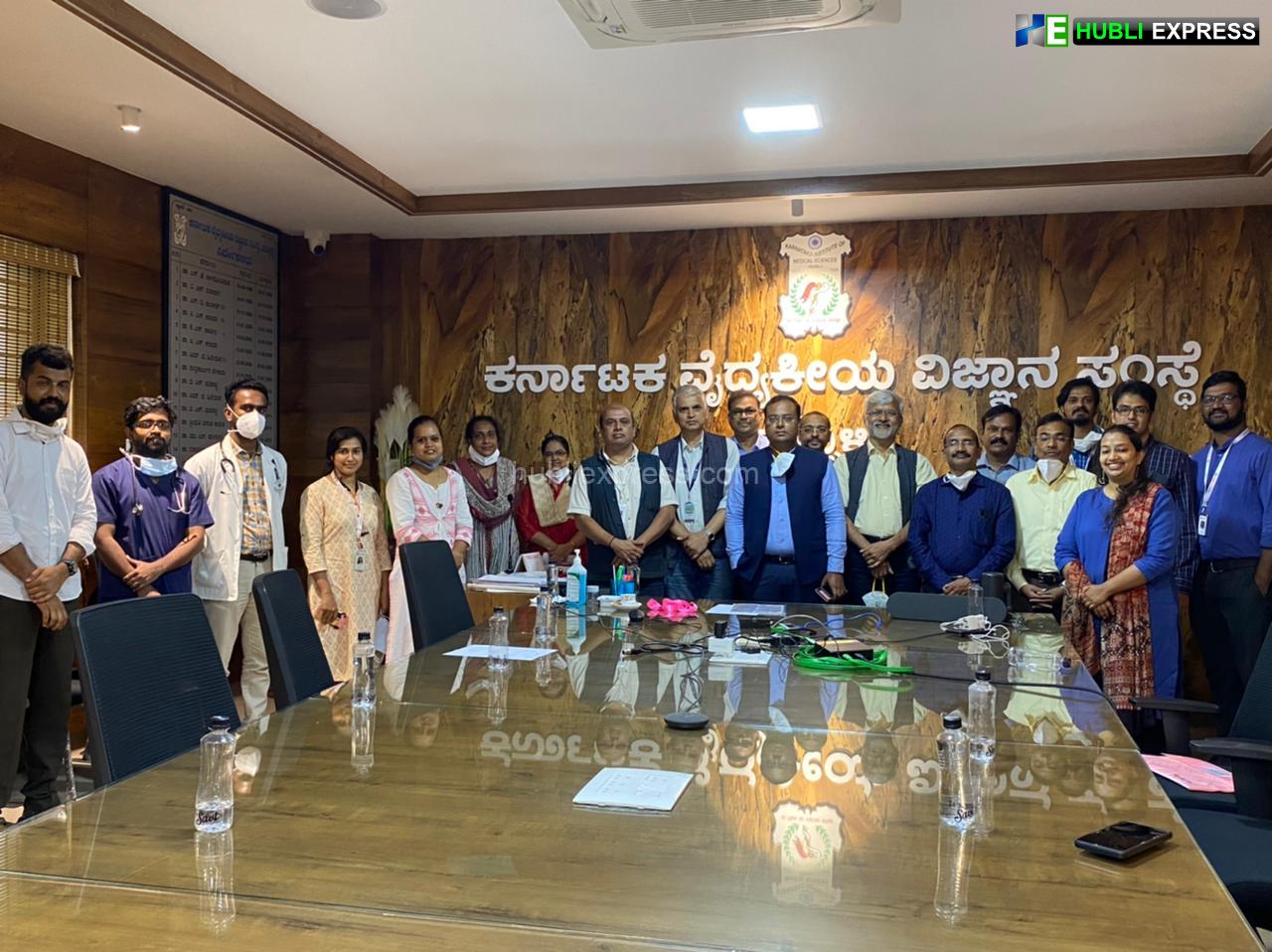 The LTI Company has donated medical equipment worth over Rs 73 lakhs to the Karnataka Institute of Medical Sciences (KIMS), Hubballi, to help in the treatment of COVID-19 as well as other illnesses. The Deshpande Foundation facilitated the implementation of this project, including collaborating with LTI and KIMS and procuring the equipment.

An event was organized to hand over the equipment to KIMS, which was attended by officials of KIMS, Deshpande Foundation (DF), and LTI at the KIMS Administrative Block.

Speaking on the occasion, Deputy Commissioner Nitesh Patil said, “We are glad that, because of the collaboration between LTI, KIMS and Deshpande Foundation, KIMS is being equipped with world-class three anesthesia workstations and three pulse oximeter sets with the aim of enhancing critical healthcare infrastructure in the district” and added that KIMS is one of the best hospitals and medical colleges not just in Karnataka, but in India, too.

He said, “The number of patients it has been treating, especially during both waves of COVID-19, was tremendous. KIMS facilitates the treatment of patients from over 8–9 districts in North Karnataka. It has 2000 oxygen points. During COVID-19, around 20 tonnes of liquid oxygen was used on a daily basis, and 20–50 metric tonnes of oxygen were kept as backup.

He expressed thanks to LTI for providing these highly advanced equipment. He hoped to have similar collaborations to make Hubballi’s KIMS a state-of-the-art healthcare institution at the global level.

Vivek Pawar, CEO, Deshpande Foundation, elaborated, “KIMS requires this equipment to reduce fatalities and promote fast recovery among patients by ensuring that advanced healthcare equipment is brought in.” Patients from underprivileged sections will particularly benefit. LTI has been a long-time partner of DF, and when DF presented this requirement, LTI heartily accepted to support this noble cause. This is the first time in North Karnataka that such equipment has been presented to a government hospital. On behalf of all the DF staff and citizens of this district, we thank LTI for their crucial support to KIMS in combating COVID-19 and other illnesses. “

Dr.Ramalingappa Antaratani, Director, KIMS, thanked LTI for the same and DF for facilitating this project and expressed that thousands of patients will genuinely be aided because of this equipment.