HomeStateKSLU students decide to intensify their protest; the day and night student...

Hubballi: Students at Karnataka State Law University (KSLU) who are protesting against offline exams on campus have continued their strike on Tuesday also. According to sources, the protest, which began on Monday morning, lasted until late at night, and the protesting students spent the entire night sleeping on the university grounds, oblivious to the inclement weather.

The students categorically stated that they would not leave campus unless the vice-chancellor reverses his decision.

According to the university’s official notice, students who were promoted to the next semester without exams must write the previous term’s offline exam. However, students claim that while all other universities have promoted students, this university is hellbent on conducting the exam in offline mode.

They argue that they are not against the exam or attempting to avoid it, so why are they taking the exam offline if the teaching was done online?

A student, Santosh Nandur, stated why the vice-chancellor is so adamant about holding exams in this manner only. The UGC allows the exams to be conducted in four ways, including open book test style and online mode, however, the VC rejected all other options. “We can’t figure out what he’s up to,” Santosh remarked.

According to Gaurav Nayak, a third-semester student, the students met with Chief Minister Basavaraj Bommai at his residence. The CM assured her that he will look into the problem.

According to Shobit, a student, if the exams must be held, they should be announced at least 60 days in advance, and the exam schedule should be given 30 days before the exam begins. This was not followed at all in this case. “We’ve been asking some serious questions, but VC hasn’t responded at all,” he explained. 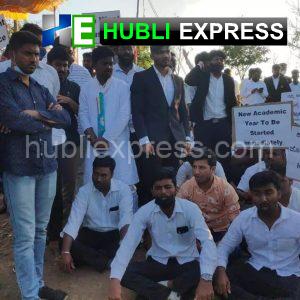 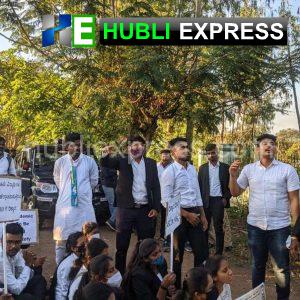 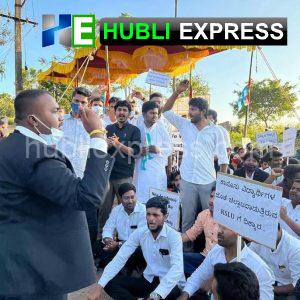 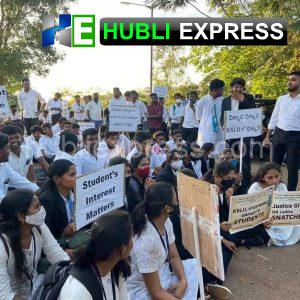