HomeStateJoshi directs SWR officials to submit a proposal for the Rajdhani Express...

Joshi directs SWR officials to submit a proposal for the Rajdhani Express between Hubballi and New Delhi. 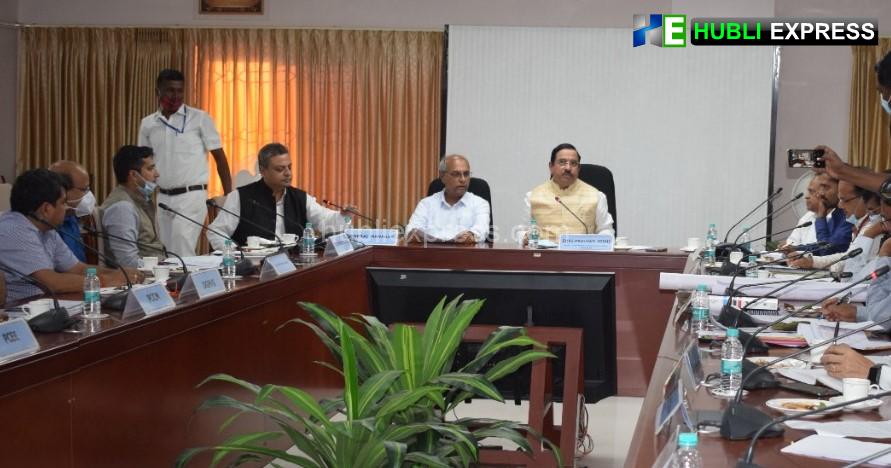 To benefit the public of the district, Union Minister for Parliamentary Affairs, Mines and Coal, Pralhad Joshi, advised having a Rajdhani Express directly connecting Hubballi with New Delhi, and the officials said that they would send the proposal to the Railway Board in this regard.

He chaired a review meeting at Rail Soudha, the HQ of SWR, on Monday along with Halappa Achar, Minister of Mines and Geology.

A brief presentation on the achievements of SWR in new-line, doubling, electrification-related developments, and parcel and freight performance in 2021, was given to the Minister. On this occasion, Joshi pledged his full support for the early resolution of bottlenecks (if any) in these projects.

General Manager Sanjeev Kishore assured the Hon’ble Minister that his advice and instructions will be pursued in the right earnest and that full efforts will be made by the SWR team to ensure speedy completion of railway developmental projects.