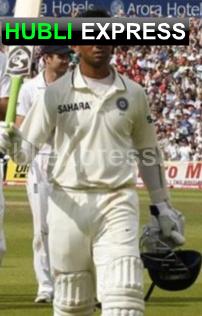 Dravid was believed to have been persuaded to take the job by BCCI head Sourav Ganguly and secretary Jay Shah, despite his reluctance. Dravid was in Dubai for the last stage of the recently ended IPL.

Kohli claims to have no idea.

Meanwhile, when questioned about Dravid’s intentions to become Team India’s head coach, Indian cricket captain Virat Kohli claimed he had no idea what was going on.

Hubballi: Finally, the police have found the dead boy of Akhil Mahajanshet in a sugarcane field in Devikoppa, near Kalaghatagi, said local sources. And...
Hubballi / Dharwad

Hubballi: The police have started exhuming Akhil Mahajanshet’s body from a sugarcane field where the miscreants buried him after killing him near Devikoppa near...