It’s official: BJP announces Pradeep Shettar as the candidate; here is the list of candidates. 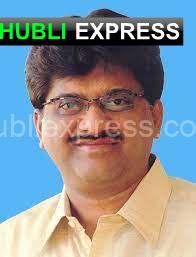 Hubballi: Bharatiya Janata Party (BJP) has announced its candidate list for the upcoming MLC polls scheduled to be held on December 10.

From Dharwad district, BJP decided to field only one candidate and former Chief Minister Jagdish Shettar’s younger brother Pradeep Shettar will run for the election. To recall, Jagdish Shettar had gone to Delhi, after knowing that this time his brother may not get the party’s green signal to contest the election. But finally, the party announced Shettar as its candidate.