It was a near miss for the Railway Minister and the Chairman of the Railway Board as their locomotives missed colliding on the same track. 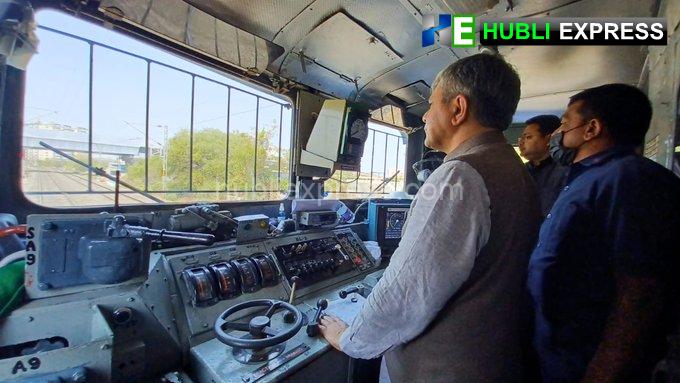 Yes, you read that correctly: their locomotives avoided colliding due to the “Kavach,” a train collision prevention system developed indigenously. The new technology was demonstrated on Friday, and the Railway Minister was present in one of the locomotives.

This device, which has been tested at speeds of up to 160 kmph, is a game-changer in railway safety, said Railway.

For the first time, this technology is being used by the Indian Railways. It will automatically apply the brakes to avoid rear-end crashes, front/head-on collisions, and the crossing of a red signal (known as “Signal Passing at Danger/SPAD”). This implies that even if the driver makes a mistake and the train is travelling at full speed, the train will automatically stop when it comes to a red or stop signal, with the brakes applied automatically.

The demonstration was held between Secunderabad’s Gollaguda-Chitgidda stations and the South Central Railway’s Vikarabad Section.