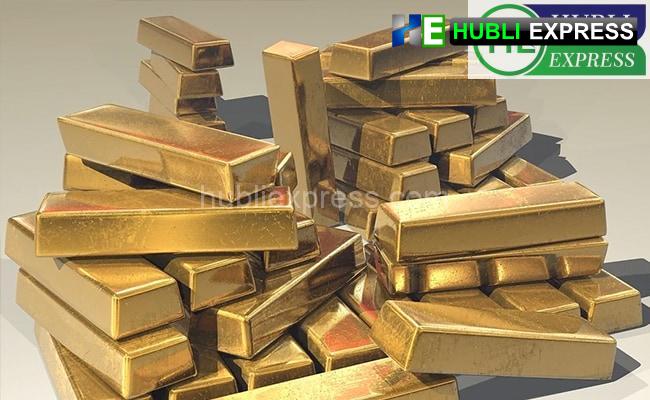 In value terms, gold demand grew by 19 per cent during the third quarter of 2022. (Representational))

India’s gold demand has reached pre-pandemic levels and has witnessed an annual growth of 14 per cent during the July-September quarter at 191.7 tonnes mainly driven by strong consumer interest, according to a World Gold Council (WGC) report.

According to the ‘Gold Demand Trends Q3 2022’ report by World Gold Council (WGC), the total demand stood at 168 tonnes during the July-September quarter of 2021.

Meanwhile, total jewellery demand in India during the third quarter increased by 17 per cent at 146.2 tonnes, compared to 125.1 tonnes in the same period last year.

However, he said, rural demand was impacted by seasonal effects (monsoons) and inflation and on the other hand, Indian bar and coin demand also saw a 6 per cent y-o-y improvement to 45.4 tonnes as retail investors responded to gold price drop and weaker equity markets, and festivities around Ganpati and Puja festivals after 2 years of COVID, saw a huge uplift in consumer sentiment.

“Looking ahead, Indian retail investment is likely to continue to benefit from safe-haven demand amid rising interest rates and a weakening rupee.

“There’s optimism in the overall outlook for the rest of the year with weddings and Diwali demand in the fourth quarter, but it is unlikely to match last year’s record-breaking performance. Our gold demand estimate for the full year is around 750-800 tonnes similar to last year,” he added.

Talking about imports, he said in 2021 the imports stood at 1,003 tonnes and this year, keeping all the ongoing market sentiments in mind, WGC doesn’t expect to exceed last year’s level.

This year, the country has imported 559 tonnes of gold in the first three quarters, Somasundaram added.

Meanwhile, gold prices in the country have witnessed a decline of 4 per cent during the second and third quarter, Somasundaram said, adding that the average price of the yellow metal during the April-June period was RS 46,430 per 10 grams (without Customs duty and GST).

The average price during the third quarter was Rs 44,351 per 10 grams, he added.

Investment demand increased by 6 per cent to 45.4 tonnes during the third quarter of 2022, compared to 42.9 tonnes in the same period of last year.

In value terms, gold Investment demand in the third quarter was Rs 20,150 crores, up by 10 per cent from Rs 18,300 crores in the same period last year.

Total gold recycled in India during the third quarter this year was 16 tonnes, which is down by 23 per cent compared to 20.7 tonnes in the corresponding period of 2021.